To Raise a Novel

“Congratulations!” a writer friend of mine exclaims when I tell her my third novel will debut this week. “You must be so excited. Another book baby!”

I smile and thank her, nodding at this familiar comparison of books to newborns. Many, many writers I know liken the process of launching a novel to giving birth, and many insist they love all their books equally: How could they choose a favorite among the bunch? Some even say the letdown that can come after publication is a kind of postpartum depression.

But funny enough, I don’t think of my upcoming release as a baby. In fact, it hasn’t been a baby for a long, long time.

You see, to my mind this book was a baby years ago, when it made its appearance as a round, chubby bundle of promise deep inside my mind. Helpless and squirming like any infant, it wasn’t much to speak of back then. But like the devoted parent I was, I believed with every cell of my body that it had a future. I dreamed of the ways it could one day turn out: Romantic or wry? Carefree or serious? Intellectual or free-spirited? I didn’t know, but I loved it unconditionally, and I joyfully anticipated its development.

Time passed, and as I nurtured it and cared for it, it started to grow. I delighted in its progress and was starting to feel confident in my abilities to guide it forward. Then, boom! – my novel turned into a toddler. What a nightmare! Suddenly my book was kowtowing to its own whims, never doing what I asked or even paying attention to my requests. No, I told it, I didn’t want ten pages of backstory in Chapter One – but still that backstory inexplicably showed up. And yes, I explained, I wanted to write in present tense – so how come past-tense verbs kept popping up? Paragraphs were too long, chapters were too short, sentences ran on forever, and anecdotes threatened to overwhelm the main plot. My book was uncontrollable, refusing to be tamed. It constantly brought me to tears, as each day presented mounting frustrations…

But just when I thought I’d reached the end of my rope, thankfully the school-age years arrived. Now my book craved rules and routines, and it clung to basic, time-honored customs and conventions. Tenses became consistent, and sentences and paragraphs assumed manageable lengths. Pacing grew more regular, as backstory melded easily with the present, and anecdotes ably supported the plot. Dialogue and description played nicely together, and characters were neatly and thoroughly drawn. My writing life turned smooth and calm. It was a parental dream come true.

And yet increasingly I sensed that something was wrong. Strangely, my book was too well behaved. It was the written equivalent of the class goody-goody, and nobody likes a goody-goody. My book threatened to become predictable – or worse yet, boring! It needed a spark of mischievousness, a few bent or broken rules, so I wondered if some sentence fragments or comma splices might help. But no, I realized, it needed something bigger – an unreliable narrator perhaps, or a good, old-fashioned, eye-popping plot twist…

That’s when my novel hit adolescence, and once again pandemonium ensued. My book became mean and rude and capricious, no matter how much patience and kindness I showed. It demanded attention when I was away from my computer, taking up space in my head when I needed a clear head for other responsibilities – and then, when I was ready to give it my full attention, it refused to talk to me.  Sometimes it would get very dark, flirting with emotions like despair or hopelessness, and I’d wonder: Where did that come from? Other times it would get silly, putting jokes in the mouths of characters who should have known better, and I’d scold: Come on now! Be serious!  My novel lost its common sense; it was emotional and petulant, often self-centered and hard to understand.

Yes, it was a difficult stage – but then, to my great relief, my novel matured. It hung onto its questioning and curious spirit but left that teenage drama behind. Which brings us to today when it’s a full-fledged grown-up, independent and ready to make its debut. And as for me, I now wait in the wings, hoping the world will find my newest book a wonderful amalgam of its tumultuous past: poised but vulnerable, passionate but thoughtful, unexpected but apt, quirky but universal.

After all, that’s the novel I raised it to be. 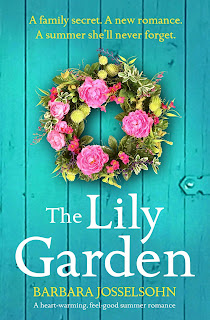 Caroline remembered how her mother would head to the garden as the first signs of spring approached, rolling up her sleeves and planting wildflowers as the sun set. But there was a lot she didn’t know about her mother, and the family secrets hidden in her hometown that would change everything…

When Caroline left Lake Summers thirty years ago, she thought she’d never go back to the place where she lost her parents. But when she finds out that the town’s lily garden lovingly built by her mother is going to be destroyed, she knows she must return from Chicago to save it.
Welcomed by the warm smile of her mother’s best friend Maxine, and piles of pancakes at her cozy little restaurant in town, Caroline and her daughter Lee immediately begin their campaign to save the garden. And Caroline soon learns that she isn’t the only person invested in their plan: handsome historian Aaron is new to town but he sees how special the garden is too. As Caroline gets to know him, strolling along the sparkling lakeshore, she can’t imagine anywhere else she’d rather be.

But then Caroline learns a terrible secret about the day her mother died. If she continues fighting to save the garden, she may uncover more painful truths that will affect her whole family. But if she leaves now, she will have to give up a future with Aaron, and the beautiful town that has always been in her heart…

An utterly uplifting and heart-warming story about forgiveness and family. Perfect for fans of Carolyn Brown, Debbie Macomber and Mary Alice Monroe. 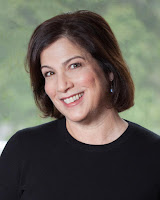 Barbara Josselsohn is an award-winning writer who loves crafting stories about strong protagonists facing a fork in the road. Her novels include The Bluebell Girls, The Lilac House, The Last Dreamer, and her newest release, The Lily Garden. She has published hundreds of articles about family, home and relationships in national and regional publications, and also teaches novel writing at the Writing Institute at Sarah Lawrence College in Bronxville, New York.  She lives just north of New York City and enjoys escaping to the beach or the mountains whenever she can. Other than writing, her biggest passion is her family: her husband, her three kids, and her indefatigable shih-poo! Visit her online at www.BarbaraSolomonJosselsohn.com, @Barbara_Josselsohn_Author (Instagram), @BarbaraJoss (twitter) or Facebook.com/BarbaraSolomonJosselsohnAuthor
at July 07, 2021