Zombies For Everyone Tour and Giveaway 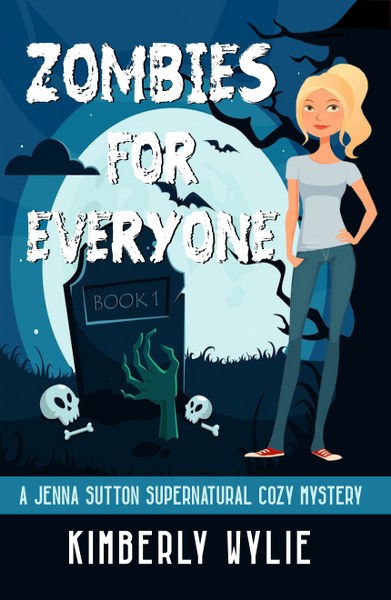 Jenna Sutton is nothing like the iconic vampire slayer of TV fame.
She’s the antithesis of a cheerleader. She’s not peppy. And she sucks at gymnastics. She has nothing in common with the fictional Buffy, other than being blonde and in high school...
Oh, and occasionally she kills vampires for a living as well as other things that go bump in the night.
Following an attack on an English teacher at a nearby school, it becomes clear this wasn’t an ordinary coyote bite. The gray-green Lichtenberg-like webbing of streaks making their way up Ms. Pruett’s arm can mean only one thing—zombies.
But this isn’t a normal zombie attack. The victims seem to be hand-picked.
Can Jenna complete her investigation without the school administrators figuring out she’s actually a high school student from another school? Will Jenna be able to find out who’s behind these attacks before a full-scale zombie outbreak overtakes the town? And, perhaps most importantly...
Why did her best friend kiss her after all of these years?
Goodreads * Amazon

Keith Pringle looked like a stereotypical school superintendent. White, middle-aged, average height, not fat, but he had a belly that spoke of more hours behind a desk than out being active. His thin, wire-rimmed glasses sat atop a bulbous nose. His hair was also thin, especially on the top, and a bit disheveled like he had been running his hand through it. He wore a blue suit that was a bit rumpled. In general, he looked like a man who had a lot on his plate and could use a good vacation.

“Thank you for coming so quickly,” he began and then paused not knowing how to continue.

I looked to the woman lying on the bed. She was asleep or knocked out; I wasn’t sure which. Her breathing was shallow and fast, almost a pant. But, according to the monitor standing sentinel next to her bed, her heartrate was steady and blood pressure appeared to be normal, from what little I knew about vitals. She was hooked up to an IV of something slowly dripping into a line running under the covers, presumably to her left hand.

Pringle just stood there—silent. It had been hard for him to talk to me over the phone; this was almost impossible face-to-face. I could see him having an internal debate. Was this some sort of early senior prank on the school superintendent? I wondered briefly how he had ended up at the symposium earlier today to begin with.

“I’m guessing this is Ms. Pruett you told me about on the phone,” I started. “Why don’t you tell me what happened.”

Mr. Pringle sighed and moved to the far corner of the room, where a built-in bench lined one wall and a chair sat next to a small table. He motioned to us to follow suit. Kieron and I sat on the bench, while Pringle took the chair.

He took a deep breath and began. 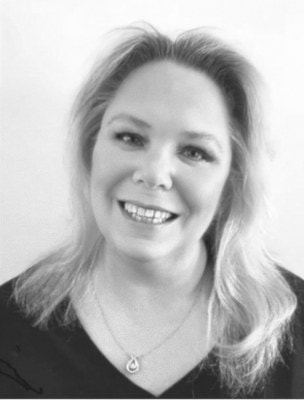 Kimberly Wylie loves to write books about murder, mystery and mayhem.
Kimberly has been a full-time freelance writer and editor for more than twenty years. She has worked for both large publishing houses and small, boutique publishers, as well as magazines, Fortune 500 companies, and hundreds of private clients. When people asked her, “What do you write?” Her standard answer was always, “Whatever pays.”
For the last two years, Kimberly has focused on finally writing what she wants to write. During COVID, she published an award winning cookbook—The Ambergris Caye COVID Relief Cookbook. This book was featured in Forbes, won a Gourmand International award, and helped provide more than 20,000 meals to the residents of the island of Ambergris Caye, Belize. She’s also recently published a children’s picture book—Carl the Misunderstood Crocodile—and is donating profits to a local wildlife conservation and rescue group. Zombies for Everyone: A Jenna Sutton Supernatural Cozy Mystery is Kimberly’s first foray into her favorite genre—Cozies!
When not writing, you can find Kimberly enjoying the sunshine, the beach or the reef, from her home on Ambergris Caye. She lives there with her husband and the best English Cream Golden Retriever in the world—Coco.
Website * Facebook * Twitter * Instagram * Bookbub * Amazon * Goodreads