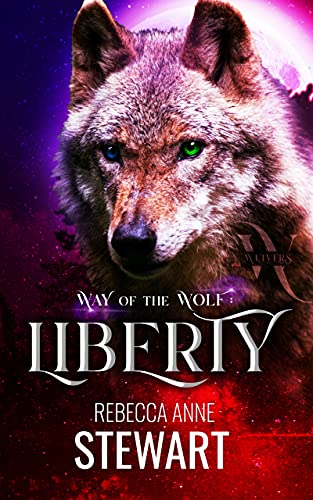 I thought leaving my pack to travel the world would ease the restlessness that had plagued me for as long as I could remember. I believed that a few months living as my wolf would tame my feral side, and then I'd return home to take my place in the pack with my family. But I couldn't have been more wrong...

After a bear attack that proves just how little I know about living in the wild, the male who saves me might be able to show me the world I've been searching for all my life. His wolf calls to mine, and neither of us is capable of denying what our nature craves, but Hunter has secrets and a past that haunts his every step. Secrets that leave me in no doubt that he would rather be left alone in the wilderness.

Yet for some reason, he decides to keep me at arm's length and takes me to a pack like no other. They don't take kindly to strangers, and they can sniff weakness out a mile away. I'll have to prove myself worthy if I want to stay amongst them, with tooth and claw. But what if Hunter's past drowns us both before I get the chance...

Momma Says: 5 stars⭐⭐⭐⭐⭐
Liberty is book 4 in Rebecca Anne Stewart's Wulvers series, and I suppose you could say this is Wulvers: the next generation. That's not to say we don't get some page time with favorites from the first 3 books because we do., but the book focuses on Fenna and Hunter. I should also mention that this book does stand alone, but I'd recommend reading from the beginning because the author has created a terrific world here, one that you can get lost in.
The story is told from Fenna's point of view, and while there were times I would've liked some time in Hunter's mind, I don't feel like that took anything away from the chemistry between these two. This is one of those couples that you can't help but root for. Even when they refuse to admit it, the little things they do prove just how much they belong together.
As I mentioned, this book does stand alone, but there are similarities to the first 3. Rebecca Anne Stewart has drawn a world and its characters without ever lifting a brush. Her world-building is done so organically that you don't even realize it's happening, but it's done so well that I can see it in my mind's eye as I read. Everything from the setting to the characters comes to life. The story is engaging and thoroughly entertaining, and this whole series is one I'll definitely be reading again and again.