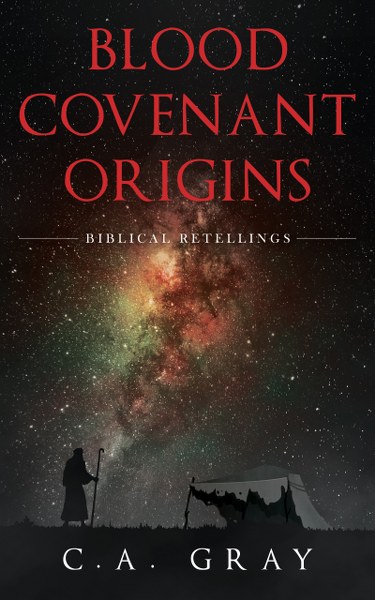 One of the most common arguments against Christianity is that the God of the Old Testament seemed so drastically different than the God of the New Testament. In the Old, many claim He seemed cruel and capricious, while in the New, He suddenly became a God of love and tolerance. Yet Jesus said, “If you’ve seen Me, you’ve seen the Father” (John 14:9), and the writer of Hebrews tells us that “Jesus Christ is the same yesterday, today, and forever” (Hebrews 13:8). If God hasn’t changed, how do we explain the apparent difference? The answer lies in a long-forgotten word: covenant.

Covenants play little to no role in our world today, but in ancient times they were all-important. Treaties between individuals, tribes, and kingdoms took the form of blood covenants. These were much stronger than our modern concept of a contract, which can be broken by finding clever legal loopholes or sometimes simply by a decision not to honor one’s word. By contrast, covenants were bonds broken only by death, and at times extending to the progeny of the two making the original agreement. Ancient covenants entailed unending loyalty and faithfulness, and often included the union of all assets, liabilities, and responsibilities between the parties. Most cultures had such a concept. They got the idea from God, who keeps His covenants to a thousand generations (Deuteronomy 7:9). But in order to make such treaties with mankind, God had to find a willing human participant.

This collection of biblical retellings explores the covenants between God and Adam, Noah, and Abraham, and how these covenants (or the lack of them) affected His dealings with mankind at various times. Each chapter begins with a fictionalized retelling, followed by an afterword discussion of commentaries and why I made the choices I did in the stories. Finally, they include the original scriptures. God’s ultimate goal was always love and grace for all mankind, and yet He had to balance this with justice, as well as with honoring His own original word. Blood Covenant Origins is the story of how He began the process that ultimately led to the cross.

Excerpt from Joseph Goes from the Prison to the Palace:

As Judah spoke, my heart swelled as if it might burst out of my chest, until at last I could stand it no more. I turned to my steward and all the curious attending servants, and shouted, “Leave! Clear out—everyone leave!”

They scurried to do as I asked, and even Asenath gave me a significant look before she too left the room. My brothers looked stunned and terrified; Judah still groveled at my feet.

“I am Joseph!” I burst out at last, dropping to my knees where Judah lay. “Your brother, Joseph! Is my father really still alive?”

I didn’t know what I expected at this pronouncement, but my words were met with utter silence. No one so much as moved. I remained on my knees, and said, “Come closer to me, please.” It took a moment for them to obey, but at last they shuffled forward. I presented my face for their inspection, insisting, “I am Joseph, your brother, whom you sold into Egypt. But God was behind it. God sent me here ahead of you to save lives. There has been a famine in the land now for two years; the famine will continue for five more years. God sent me on ahead to pave the way and make sure there was a remnant in the land, to save your lives. So you see, it wasn’t you who sent me here, but God. He set me in place as a father to Pharaoh, put me in charge of his personal affairs, and made me ruler of all Egypt. Hurry back to my father! Tell him, ‘Your son Joseph says: I’m master of all of Egypt. Come as fast as you can and join me here. I’ll give you a place to live in Goshen where you’ll be close to me—you, your children, your grandchildren, your flocks, your herds, and anything else you can think of. I’ll take care of you there completely. There are still five more years of famine ahead; I’ll make sure all your needs are taken care of, you and everyone connected with you—you won’t want for a thing.’”

I could tell they were beginning to believe, and pressed them, “Look at me. You can see for yourselves, and my brother Benjamin can see for himself, that it’s me, my own mouth, telling you all this. Tell my father all about the high position I hold in Egypt, tell him everything you’ve seen here.”

Benjamin’s eyes lit up at last with a look of recognition.

“Joseph?” he whispered, and for a flash, I saw the little boy of nine I remembered from all those years ago. He reached out a tentative hand toward my face, and that was all the incentive I needed. I reached out and embraced him, and he me, our tears intermingling as they flowed down both our cheeks. I held Benjamin this way a long time, but then I embraced all of my other brothers as well.

C.A. Gray is the author of three YA Amazon bestselling trilogies: PIERCING THE VEIL (magic and quantum physics meet Arthurian legends), THE LIBERTY BOX (dystopian metaphysics and mind control technology), and UNCANNY VALLEY (dystopian coming-of-age with neuroscience and super intelligent A.I). She starts with some scientific concept that she's interested in learning more about herself, and then creates lots of epic chaos and high-stakes action to go along with it. Her stories are free of gratuitous violence, language, and sexual content, and she abhors depressing endings... but they're not all kittens and rainbows either! She also listens to and reviews audiobooks on her website (www.authorcagray.com), Goodreads, Instagram, and on her podcast, Clean Audiobook Reviews, where she also occasionally interviews other authors.

By day, C.A. Gray practices naturopathic medicine, podcasts, and writes medical non-fiction under her maiden name (Lauren Deville). She lives in Tucson, AZ with her husband Frank, and together they maintain an occasionally contentious film review blog (under her real name: Lauren Baden. Three names. Yes.) She's kind of the queen of multitasking--so in her spare time, she creates whatever meals or crafts she found most recently on Pinterest, drinks lots of coffee (Aeropress btw) and occasional wine (reds--and she saves the corks for craft projects), works out (while listening to audiobooks), and studies the Bible (about half of the podcasts on Christian Natural Health are scripture meditations). ...She does sleep, too.

Join her newsletter for best-of-the-month reads, freebies and giveaway information, as well as new releases! http://eepurl.com/F3rof