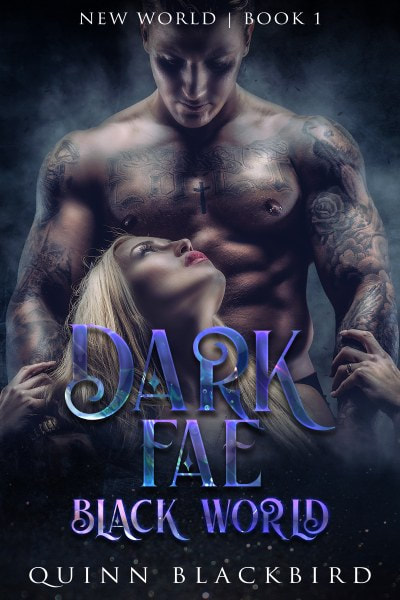 A new black world, ruled by deadly dark fae, and even deadlier bargains.

Fans of Laura Thalassa, C.N Crawford and Amelia Hutchins will love this!

Some families in this eternally dark village are fortunate; their ancestors - the first surviving humans after the Last War - made bargains with dark fae royals and warriors.
My family is one of the lucky ones.
Or so I thought...

The seventh prince of the realm comes to collect his yearly bounty. And what he wants to take is no longer the midnight apples from the field we harvest.
He wants to take me--
April, a sickly human of no use to anyone, let alone a dark fae prince.


Black World is a part of the Dark Fae universe. This is the third series in that universe.
It's a novella rapid-release series designed for KU readers. Box set options are available for the purchase-to-read readers.
PAPERBACKS AVAILABLE ON THE BOX SET PRODUCT PAGE 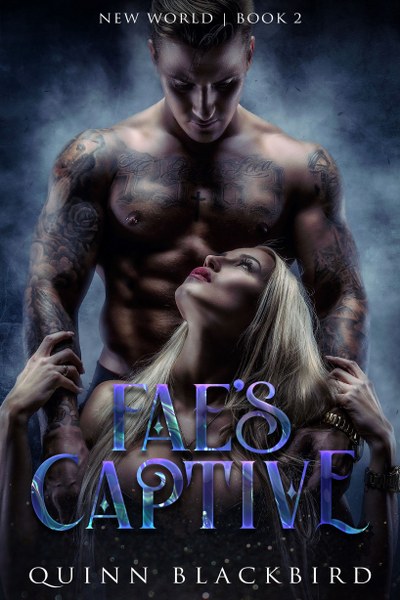 One dark fae prince, one sickly human, and one deadly bargain.

Fans of Laura Thalassa, C.N Crawford and Amelia Hutchins will devour this series!

I must pay the price of my family's bargain to the seventh prince of the dark realm. When the offered bounty failed his expectations, he stole me away from my home and brought me to his castle for a year of slavery.

Now, I must survive in a new, black world where the dark fae lurk in every shadowy corner. That's my only plan--to serve, survive and get back home.
But that's proving to be unlikely as the unpredictable, snarky prince lands his eyes on her.

With his hot-and-cold attention, I need to fast learn how to navigate the dangerous prince who watches me too closely, as well as avoid the wicked dark fae who roam the halls of the twilight castle.
But my plan is quickly deteriorating when the prince steals away forbidden moments with me in the shadows.
I'm in danger of falling victim to a dark fae prince. Whether my heart and soul or flesh and bones.


Black World is the second book in the rapid release Dark Fae: Black World series. Box sets will be available for purchase once the series is complete.
PAPERBACKS AVAILABLE ON THE BOX SET PRODUCT PAGE 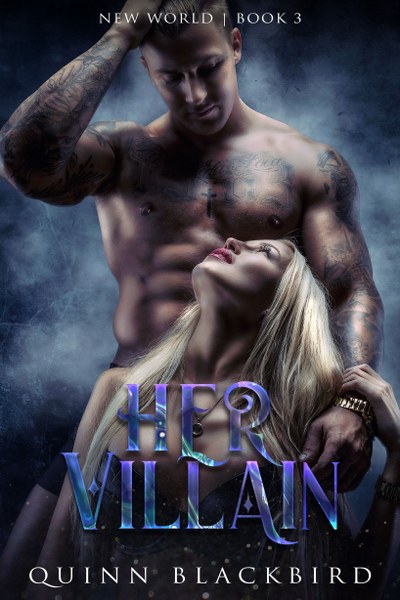 This brutal dark prince has his hooks in me.
Shifting between warrior and lover, his changing moods have me addicted.
To fall for a dark fae is a dangerous thing. Even more dangerous is when they start to fall for you--a sickly human.

FANS OF LAURA THALASSA, AMELIA HUTCHINS AND C.N. CRAWFORD WILL LOVE THIS SERIES!

Prince Daein has kept me captive for two months.
Two months of harsh moments in the shadows, pinning me to his bed, muttering strange words against my mouth as though they hold all the secrets I need for answers.
I should be a mere house slave. Now, he's made me his lover.

I have one final month of slavery in his castle, but I'm beginning to worry that he might never let me go.
If he doesn't, he puts my life at risk.
His brother's growing attention is casting new dangers over me. The illra - a political sisterhood born to protect the purity of the royal bloodline - are watching me too closely. And each day that passes brings a fresher fear that my existence will be cut short before I can make it home.
But the longer I stay in Daein's arms, feel his mouth on mine, the caress of his fingers over my human body, the more I worry ... a growing part of me might not want to go home in the end.

The prince might break me or break my heart and soul. In truth, I don't know which one is the worst of fates anymore.


**READ ME**
Please read series content warnings. These books include graphic violence, dub-consent, and other triggering content.
THIS EDITION IS A RAPID RELEASE FOR KU READERS. FOR PURCHASE-TO-READ, PLEASE SEE THE BOX SETS.
As with all my works, paperbacks are available on the box set product page. 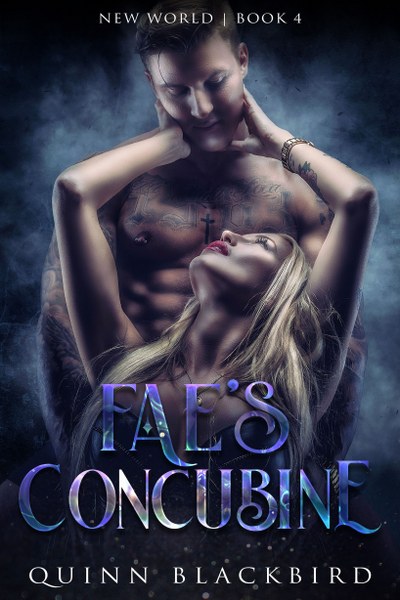 A desolate human trapped with a lethal bargain--and no way out. A deadly dark fae prince who holds all the cards to April's fate. And a forbidden love brewing between them that throws April in a whirlwind of danger. FANS OF LAURA THALASSA AND AMELIA HUTCHINS WILL DEVOUR THIS SERIES

Dreaded revelations from the first prince and the iilra leave April in the bleakest spot she's ever experienced. Before those heart-wrenching and lethal words were spoken to her, her only ambition was to finish the last few weeks of her slavery under Prince Daein and get home.
Now, she's got other worries to consider.
And she might not survive all the threats building up around her like a fortress. Her choices are just as bleak as her circumstance.
1. Stay and risk being killed by Prince Daein
2. Return home and die of her sickness
3. Flee with the help of the iilra and hopefully survive long enough in the light lands to fulfil what she's started, to protect her most precious love from the vicious Prince Daein.

April knows as much as her only companion Terry does. It's not looking good. But all she has is hope, so she'll hold onto that until her dying breath.

**4th book in the Dark Fae Black World series. For box set and paperback, please see my list of works!** 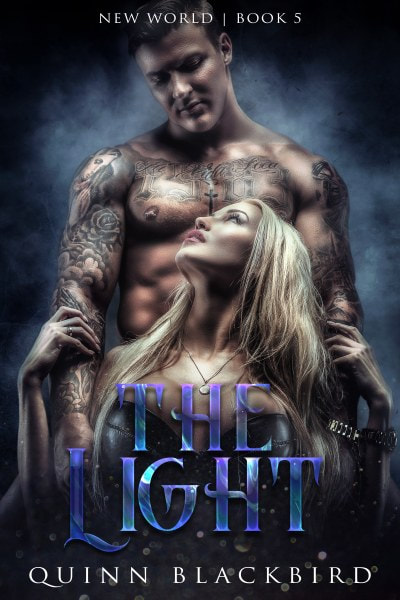 One dark fae prince, one sickly human, and one deadly bargain.

THE FINALE IN THE EPIC MINI-SERIES, BLACK WORLD!

April's heart is as miserable as the day Daein married her. Navigating the dangers of dokkalf politics with the protection of her fae husband and the resentment of her daughter, April is soon forced to face the truth of her ancestry - where exactly did she come from, and how does that help the light fae who entice her?

Elden, suspicious in April's growing relationships with the light fae in the newly formed Lesser Courts, sends the sisterhood to spy on her - and find out exactly what his old enemy is up to behind her husband's back.
But then, when Daein gifts Elden with a special human concubine plucked from a light prince's harem, Elden's whole world is flipped upside down and his priorities are in danger of muddying along with his once-sharp and devious mind.

Daein does all that he can to keep the love of his life in his arms. But with each passing day, April's sadness grows and she draws further and further away from him.

It's not just the royal dark fae who are facing threats to their stabilities. It's the darkness, too. The power of the dark ones...
The light of the wastelands is spreading.
No one knows how to stop it. Or, if they do know, they make no efforts to fight the spread.

With the light strengthening, her pain growing, and her family fracturing, April learns how much more she must sacrifice for herself ... and the greater good.


The Light is the 5th book in the series Dark Fae: Black World series. Box sets are available for purchase. 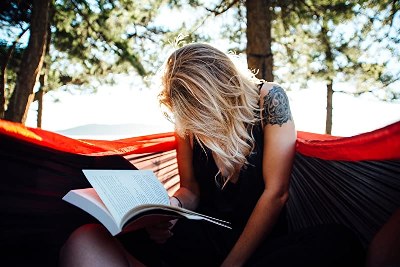 Quinn Blackbird loves an anti-hero.
All of her villains stay submerged in 'dark' so expect little redemption. She thinks them up over hot coffees and warm cups of tea on the porch.
When not writing, Quinn is either tackling a new face mask or snuggling with a book on the couch with her two pups.
After living in Scotland most of her life, Quinn then moved around the world writing for a few years, visiting distant family. Though she loved Australia the most--only in summer!--she has decided to put down some roots in Paris once everything has settled down.