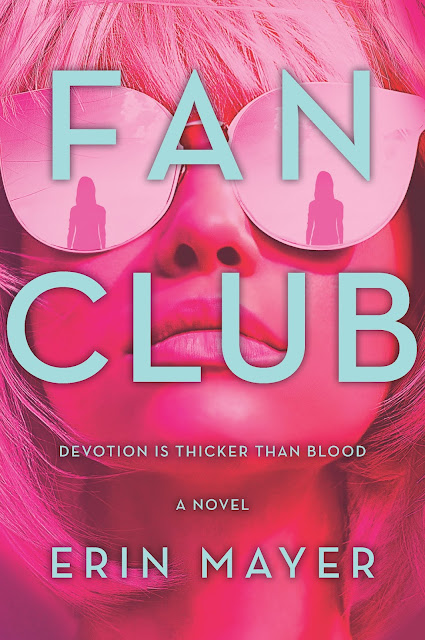 In this raucous psychological thriller, a disillusioned millennial joins a cliquey fan club, only to discover that the group is bound together by something darker than devotion.

Day after day our narrator searches for meaning beyond her vacuous job at a women's lifestyle website - entering text into a computer system while she watches their beauty editor unwrap box after box of perfectly packaged bits of happiness. Then, one night at a dive bar, she hears a message in the newest single by international pop-star Adriana Argento, and she is struck. Soon she loses herself to the online fandom, a community whose members feverishly track Adriana's every move.

When a colleague notices her obsession, she’s invited to join an enigmatic group of adult Adriana superfans who call themselves the Ivies and worship her music in witchy, candlelit listening parties. As the narrator becomes more entrenched in the group, she gets closer to uncovering the sinister secrets that bind them together - while simultaneously losing her grip on reality.

With caustic wit and hypnotic writing, this unsparingly critical thrill ride through millennial life examines all that is wrong in our celebrity-obsessed internet age and how easy it is to lose yourself in it.

Momma Says: 4 stars⭐⭐⭐⭐
I don't know that I'd classify Fan Club as a psychological thriller, at least not in the sense of most that fit the genre, but it is frenzied and even shocking at times. It takes a look at how the same old - same old, day after day can take a toll on a person. Add in a bit of celebrity obsession and a fan club unlike any I've seen, and it gets twisty. And that's as far as I'm willing to go with the details of this one - no spoilers here. What I will say is that Fan Club is one of those reads that kept me turning the pages and one I won't soon forget. Erin Mayer has an engaging writing style and she's penned a pretty impressive debut.
🞿🞿🞿🞿🞿 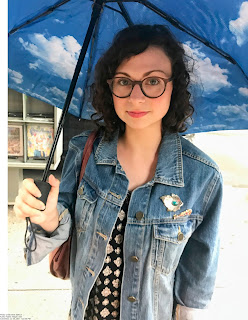 Erin Mayer is a freelance writer and editor based in Maine. Her work has appeared in Business Insider, Man Repeller, Literary Hub, and others. She was previously an associate fashion and beauty editor at Bustle.com.