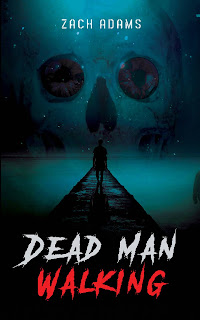 Dead Man Walking
The Ivyverse
Book One
Zach Adams
Genre: Contemporary fantasy, mystery, horror
Publisher: Adams/Valentine
Date of Publication: September 19th, 2021
ISBN Print: 978-1-7370775-0-3
ISBN Kindle: 978-1-7370775-3-4
ISBN PDF: 978-1-7370775-2-7
ASIN:B094CD2HYR
Number of pages: 288
Word Count: 78,098
Cover Artist: Touqeer Shahid
Tagline: “Unlocking the door to the dead”
Book Description:
Dead Man Walking by Zach Adams is a compelling contemporary fantasy novel full of twists and turns that will leave readers captivated until the last page. Focusing on Isaac Falcone, a young library assistant, this novel follows the man as he realizes that his life is becoming infested with otherworldly creatures, many of whom mean to do him harm. After discovering a magic book, Isaac is attacked by a swarm of the undead, but is rescued by an elven man named L’æon. The elf suddenly appears in Isaac’s life more and more, allegedly protecting him from the malicious forces that mean to do him harm. But nothing can prepare Isaac for the penultimate evil that he will have to face in order to save himself...and his entire reality.

Wax-face seemed to notice Isaac for the first time, widening his eyes - which Isaac saw were gray with cataracts, streaked with red - and leering at the librarian with a predatory fascination. His jaw slowly fell open, a stream of blood flowing down his chin to the floor.
Isaac attempted to flee, but his feet were giving his brain the silent treatment. The best he got out of himself was turning his head to look over his shoulder. Two more lumbering, waxy, blood-dripping freaks limped out from behind bookshelves and toward Isaac.

Our hero would claim for most of his life beyond this event that the sound he emitted was a leonine roar as he suddenly found the courage to fight his attackers off and escape.

However, he knew completely well that the noise which escaped his lungs was a high-pitched, birdlike screech as he attempted to mediate a debate between Panic and Rage over the course of a second or two;

You don’t even know how to use any.

It’s a library, are we going to papercut them back to death?

Do we think this is the zombie apocalypse?

I feel like we’re wasting a lot of time here.

Panic ceased its babbling and made a noise not unlike a police siren. Rage decided now was as good a time as any to hop on a dream-bus and see the world before the useless skin-sack they inhabited got himself killed, offering Isaac no more survival pointers.

Isaac jerked back around to face the original zombie (a word he was still hesitant to use but had now become the only discernible thought he could latch onto).

The monster had completed its examination, raised its raspy wheeze to a blood-curdling shriek, and made a mad dash for its prey, blood flying every which way from his gaping mouth. Isaac could hear the two behind him do the same.

Well, there you go you useless lump, you went and got us killed.

It’s not his fault, there was nothing in orientation about an after-hours zombie attack.
The argument in Isaac’s head descended into a cacophonic volley of insults, mocking tones, and detailed instructions for the other to misbehave with a tree.

Isaac reminded his debating thoughts that they were all part of the same person, so tree sap on one’s privates is tree sap on the others. Also, he added that the zombies may have been close enough that he could smell iron on their breath, but the well-dressed gentleman with silver hair in the doorway seemed calm and ready to help. By all laws of logic and probability he was aware of, Isaac would be dead in three and a half seconds anyway, so no need for extra stress.

Panic and Rage stared out through Isaac’s eyes. They agreed that there was indeed a rather pale man with silver hair and an incongruously cheerful smirk standing at the fair end of the room, absent the blurry gray doppelganger Isaac normally saw with people and seeming to emit a faint glow. He was dressed in a white suit with vague green specks all over it, with a feathery gold and silver cape to go with it.

Whoever he was, he seemed more-or-less qualified to handle such an unexpected threat.

The new arrival was pointing the palm of his left hand at the scene, his thumb extended at a right angle. He twitched his hand down at the wrist and every molecule in the room sang out in unison, connected by static electricity.

A razor-thin hemisphere of light erupted in a three-foot radius around Isaac. The zombies, all of whom had just taken a flying leap for his neck, landed on the bubble and bounced off.

They each landed on their backsides with a dull thud, totally incapable of processing this development. They caught the pale man’s scent and turned on him, assuming he would make a decent meal as well.

The suited man shut his eyes and delicately pressed his fingertips together, then his palms before he turned them toward the zombies. He intoned a series of syllables in a steady waltzing rhythm, continuing to use the molecular structure of the library as a network of loudspeakers.

They all froze, and a few of Isaac’s rapid heartbeats later the monsters disappeared into thin air. As they went, the electric buzz throughout the area died down until it vanished entirely, along with the bubble around Isaac.

Without a word, the new arrival sniffed the air like a bloodhound while wandering toward Isaac. He stopped every few steps and screwed up his face in concentration. He finally followed his nose to Isaac and began sniffing the young man’s scalp, seeming to not notice there was a person under the hair. He jumped back in surprise when he finally did.

“Oh, I am so sorry! I did not realize that you were a person.” The new man said with a grin and an accent with traces from most of Western Europe. His voice, though still bouncy and full of life, had lost the musical quality it had when the entire building spoke for him.

“Who are you?” The stranger asked.

Isaac stared at him without blinking, “Uh…Buh” floating through his mind again. He waded through a mess of scattered vocabulary to find a coherent response until he finally landed on, “I-Isaac Falc-cone.”

The activation of the various anatomical components required for speech set off a domino effect which rattled every other bit of their host, who began to shake violently as tears once again fell down his face.

The newcomer twitched slightly. “Just a fair warning, Uh-Buh, you ought to take care not to give away so much of your name to strangers. I mean you no harm, but many entities may take it as an invitation.”

The man with the silver hair smiled, grabbed Isaac’s wrist, and helped him to his feet. He swept some loose zombie dust from Isaac’s clothes, looked him in the eye, and spoke with extraordinary calm. Isaac couldn’t decide if he was comforted by or terrified of the stranger. 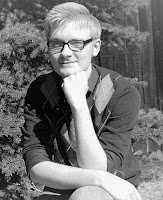 Author Zach Adams has had a passion for writing and storytelling his entire life. However, he didn’t decide to pursue it as a profession until he realized that working in retail was completely draining his remaining life force.  And so, Adams set out to create a fascinating and captivating novel, which he achieved in his debut work, “Dead Man Walking”.

Having a general distaste for his current reality, Zach aspires to escape into the science fiction and fantasy worlds that he creates. And by doing so, he aims to share this escapism with his readers (who are probably also incredibly tired of the current state of things).

Zach was raised by an anthropomorphic ostrich, and is a seasoned time traveler. Coincidentally, he also enjoys making up utter nonsense about himself. Currently, Adams lives in Alaska with his cat Gamora (who he does not plan to sacrifice on Vormir). 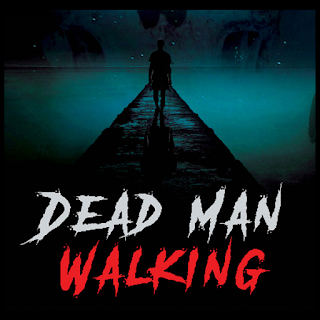 5 winners of  an ecopy of “Dead Man Walking”

during the tour time frame