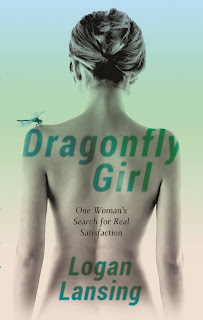 Dragonfly Girl
Logan Lansing
Genre: Romance
Publisher: Can’t Put it Down Books
Date of Publication: May, 2021
ISBN: 978-1736597927
ASIN: B093WXQ439
Number of pages: 206 pages
Word Count: 46,800
Cover Artist: Eric Labacaz
Tagline: One Woman’s Search for Real Satisfaction
Book Description:
AROUSING, POIGNANT, PROVOCATIVE
After seven years in an unhappy and abusive relationship, Suzanne leaves her alcoholic husband and returns to her hometown to begin again. But returning home doesn’t necessarily grant serenity and security, it means dredging up old wounds—from meeting her former boyfriend, now the owner of a “gentlemen’s club,” to dealing with her mother’s recently acquired lifestyle.
Gathering wisdom from an unlikely source in unexpected ways, Suzanne makes new friends in unusual places. They confirm her conviction that real satisfaction is not just for men. Her sexual enlightenment leads to danger but the risk to right some age-old wrongs brings her into a deeper connection with friends old and new and leads her toward a future filled with magic.
In her dryly-funny debut erotic romance, author Logan Lansing titillates, surprises, and satisfies.
Amazon

Before getting on the Parkway, I took the scenic route along the ocean to clear my head and inhale the briny odor of salty sea air. The familiar cries of distant squeals of children, cawing of gulls and the peaceful repetition and rhythm of waves drew me in. As I relaxed and loosened my white-knuckled grip on the steering wheel, I caught a glint of the thin gold band around the finger on my left hand. The same gold band that had been waiting seven years for the promised matching wedding ring. Jamming the gearshift into park, I jumped out, sprinted over burning sand and yanked off the ring, flinging it far into the ocean. At the same time thinking I should’ve sold it for cash.

Yeah, that would’ve been the smart thing to do.

Loud music thumped from my car radio as I pulled into the middle lane heading north to Mom’s on the Garden State Parkway. Tears built up as I cranked open the window, blew out a deep breath and sucked in freedom!

I could spend the entire trip up to Summit hoping to shake the picture of Frank’s beer bloated face. And try to remember why it took seven years of marriage to leave such a loser.

I could review all the things I did before I left. Laundry washed. Garbage out. Food in fridge. Check. Check. Check. No leftover guilt, no remaining regrets. Nothing. Only anger.

But I didn’t want to think about any of it, not the dilapidated trailer we lived in until the house Frank promised to build was started or the dog who lovingly stayed by my side during the whole shit-show or the education I never finished. Not about our marriage that fell apart even before the honeymoon or all the nights of Frank’s lousy drunken sex moves until he passed out and I was left hanging and alone.

I could make a plan. A serious plan for my future. After all, I had two years of Community College. A good start. And Mom would be thrilled to know I’d dumped Frank and wanted to go back to school. She might even pitch in some bucks. But did I want to listen to “I told you so,” a million times and her ongoing insistence that I attend Al-Anon because it saved her life.

The traffic had picked up and I was in unfamiliar territory. Exit signs in the 130’s whizzed by for Linden, Rahway. Wait! Didn’t I read in the class newsletter that Jerry Spinella was now managing his uncle’s bar somewhere around here? Oh, man, Jerry, my boyfriend from Summit High School before I met that low-life, Frank on the beach at the shore and threw away my future. What was the name of that bar? An odd name. Oh, right, Dr. Unk’s. It spelled d-r-u-n-k-s. Guess that said it all.

One drink. I’ll stop off for one drink and do what I should have done years ago.

Directions on my phone led me to a brick store front building sandwiched between two tall factories, the location basically hidden and ugly. There were only two trees on the entire sidewalk, each shading front windows of one of the factories. With all the vacant parking spaces on the street, I slid into one, adjusted the rear-view mirror in my direction and swiped on some lipstick. Stepping down from the van, I stretched, squinted into the sunlight for a moment and shoved open the humidity-swollen door that said Dr. Unk’s in chipped black lettering. As I adjusted my eyes to the dim entrance, I put my over-sized sunglasses on my head pushing back my hair and blinked my way further inside. The room was wider than it looked from the outside with a huge bar that ran the length of the place. Tables for two or four lined the edges of what seemed like a deserted dump.

My eyes narrowed as a door swung open and a backlit body of a tall man came out from the far end.

“Jerry?” My voice echoed off the dingy walls.

“We’re closed. Who wants to know?”

The figure paused. “Suzy Q? Best ass in the class?”

I laughed. “The one and only.”

I stepped closer. Wearing jeans and no shirt, he didn’t move. Was he still angry after all these years?

I ran toward him and folded into his broad sweaty chest. As he pulled me in a scent memory sliced through: Jerry, me, back seat of his truck. It was after he had worked out. I loved being with him then. No fake spicy men’s cologne. Just Jerry.

“Hey,” I leaned back and looked up into his clear steel blue eyes ringed with dark lashes. “Even after all this time you smell like yourself.”

“That’s the way you liked it. Manly, you said.”

And there it was. His wide grin framed by dimples, spreading sunshine through the windowless room.

How could I have given him up for Frank?

Taking me all in, Jerry put me at arms length before giving me a quick little spin. His eyes hesitated at chest level then rested on my face. “Lookin’ good, Suzanne. But come on, there’s no way you were just passing through this neighborhood. Let’s sit down and catch up.” As he draped his arm around my shoulder and steered me toward one of the tables, his hand slipped down and brushed my butt. I sat while he brought over two bottles of water from the bar and tried to ignore the low-level volt that hadn’t left.

I licked my parched lips, gulped some water and opened up. “I made a BIG mistake marrying Frank Wilson. You knew it, my mother knew it, all my girlfriends knew it. But not me. I was blinded by his beach-body muscles and the fact that he had an auto body shop at the shore. He seemed like an uncomplicated, undemanding, fun guy who loved cars and had a good start-up business. Looking back, I think I was desperate for a getaway from mom’s control and Dad’s drinking.”

I braced myself for the usual wave of sadness that followed thinking about dad but kept going.

“Jerry, please know it had nothing to do with how I felt about you. Anyway you were set to go to Rutgers for the next four years. Frank’s proposal seemed like the easiest solution for me. I had no idea he was an alcoholic and big bull shitter. So, today I left him. It was time. Way past time.”

“And you’re here because…”

“Because I owe you an apology.”

“I’m sorry if I hurt you, Jerry. Really sorry.”

“I thought we had a good thing going. So, okay, I’ll admit I was upset when you left but there was no use trying to stop you,” he swallowed hard. “Moving on, Suz, what are your plans?”

“That’s the problem. I’d go back home to Summit with my tail between my legs but I hate the thought of listening to my mother. My eventual dream is to have my own business but first I need to make some money. Big money. So, maybe I’ll…”

“Here?” He reached across the table and squeezed my hand. His fingers strong, his touch warm.

I scanned the empty room while his grasp remained. “You’ve got to be kidding. I don’t see any customers.”

“It’s Sunday. We’re closed. But during the week and Saturdays, it’s jammed.”

“Seriously? What’s the draw? This place is dark and uh, seedy. Don’t like to hurt your feelings but just sayin’.”

“Watch.” Jerry slid his hands away from mine then walked over to the sidewall with that solid, athletic stride of his and flipped several switches.

Whoa! A disco sound system kicked on in sync with revolving white and colored lights that flooded the entire bar. All the scuffed furniture and graffiti faded away. The run-down place took on a newer, almost high-end look.

“When my uncle died, family members asked me if I would help save the place from going under. I agreed because they didn’t want to let the liquor license lapse. I thought it would be short term but after I put in the lights and built a DJ booth,” he pointed to a small stage on the side wall, “and hired some girls who could dance, the rest is history. My aim is to turn this from a bar for tired factory workers into an upscale Gentleman’s Club for all men.”

“I’m interested but what would I do? I never bartended and I sure as hell never stripped or danced around a pole.”

“You’repretty.” He leaned forward and smiled as I imagined seeing the wheels turn behind his eyes. “That’s a big plus.So what are your other talents?”

“Couldn’t forget that, Suz.” Jerry’s grin grew as the memory sunk in. “Here’s the deal,” he cleared his throat. “What you’re willing to do is going to determine how much money you’ll make. Talk to my manager, Julia. She’ll fill you in.” He hesitated. “But I have a few ideas of my own. And, I sure as hell could use a blonde around here.”

About the Author:
Logan Lansing currently lives in New Jersey, not far from New York City, and spends summers in the Adirondacks or at the Jersey shore. She loves every dog she ever met and every cat that jumps into her lap.
Although Logan has written in a variety of other genres, Dragonfly Girl is her first erotic romance. No matter what category, her writing always has purpose that defines, draws and guides.
When not at the computer, Logan does a high intensity-boxing workout, appreciates a deep tissue massage and enjoys a good breakfast and stimulating conversation at a local diner.
Every day is an adventure to Logan as long as it includes fun, friends, family and fantasy.
https://loganlansing.com/ 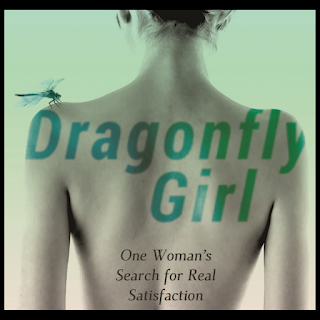