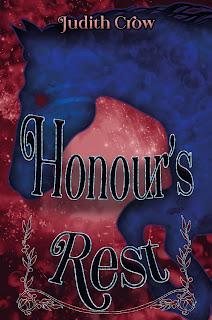 Honour’s Rest
The Rite Way
Book 1
Judith Crow
Genre: Young Adult Magical Realism
Publisher: Crowvus
Date of Publication:11th October 2021
ISBN:978-1-913182-33-5
ASIN:B09FVM4KTW
Number of pages:289
Word Count:84525
Cover Artist: Clemency Crow
Book Description:
“So, it’s – what – like magic?”
No, according to Pen’s uncle, the Rite is not magic at all. But, if it’s not magic, then how could Pen push the school bully into a pond while he was really studying alone in the library?
When Pen’s family realise he has the Rite, he is sent to live with his Uncle Napier, who can help him control his ability.
But Napier has other duties. He is the Rendelf, in charge of the Rite in the UK, and he has gathered many enemies over the years…
…enemies who would be delighted to use Pen against him.
Amazon     Crowvus

Pen knew that Marley had been studying from different books, books that had highlighted the role of how to interpret and use the Rite, whilst he had only been reading about the importance of the thaumaturge and the history of different Rendelfs who had lived and died in Honour’s Rest. Nothing would come naturally to him, he was sure, but he thought of what he would most like to do and was both shocked and pleased when he heard a cry of impressed surprise from Marley.

He turned around and saw that, just as he had intended, Marley was being harassed by a curtain which had taken the form of a lady in crinoline, just as those in Orkney had done. However, the curtains in Honour’s Rest were far larger, so Pen couldn’t help but laugh as the curtain-ladies almost enveloped his friend in their voluptuous folds.

“Now something darker, I think,” he heard Napier’s voice say, but Pen tried to close his mind to his uncle’s words and focus only on the laughter of his friend. He would not be tricked into using the Knave’s Rite, he told himself. For the first time, he found himself breathing the Rite. He could feel it flowing through him, permeating every sense he possessed and filling his mind with the knowledge and freedom it offered.

Suddenly, he felt a sharp stinging sensation against his cheek and his left eye began to water. He heard Marley’s laughter stop and turned around to face his uncle, in time to duck as Napier flicked an elastic band straight at his face.

“Stop it!” Pen shouted, desperate not to lose the Rite he was only just beginning to find. Napier paid him no attention but just flicked another band into his face. It hit the lid of his watering left eye and Pen felt the pain mixing with the Rite which was coursing through his body. It no longer felt like a freeing experience, but he and it were wrapped around one another to take revenge on the man who was causing him pain. Another elastic band whipped against his ear and he turned back to face his uncle, his eyes burning with anger.

“Stop that!” he screamed again, and he felt the force of his anger leave him for a second and strike Napier. He thought his uncle would fall, but Napier seemed to catch Pen’s anger in his hands and, after moulding it slightly for a moment, he threw it back at his nephew.

Pen felt himself growing angrier. He could almost visualise the Knave’s Rite weaving its way around his body, his blood coloured by it and his watering eyes glowing as furiously red as they felt. He could see his uncle winding that invisible skein around his fingers, and Pen wanted to snatch it away and leave Napier helpless to whatever revenge he chose to take against the man who had so painfully dragged him from the happiest state he had ever known.

He glanced up at one of the enormous swords which was hanging on the wall and imagined himself severing the Rite which kept it there. His own was more powerful, as it lived and breathed along with him. Pen could see his uncle still winding the ridiculous invisible skein around his fingers and felt a sudden superiority. He did not need music or ridiculous hand gestures to wield the Rite. He could do whatever he wished just by thinking, breathing, knowing…

“That’s enough,” he heard Napier say, but that only made him angrier.

It was fine then, he thought bitterly, for his uncle to make him experience the Rite like a performing monkey and then shock him out of the experience through pain.

The sword began to shuffle away from its moorings, causing a cascade of dust and spiders’ webs to fall the twenty feet. He heard Marley calling his name, but he didn’t care. At that moment, he just wanted to show his uncle that he had the power, ability and focus to punish him for his actions.

“Stop that!” Napier shouted, just as his nephew had done seconds before. But Pen was no less stubborn than his uncle, and the sword continued to move across the room. “Stop that now!”

The hint of panic in Napier’s voice gave Pen a sense of satisfaction. He had achieved what Marley had not. He could see Napier’s fingers working frantically as he wound the Rite around them. The sword was now above his head, the pointed tip of the blade only six feet above him. With an angry cry, Pen sent it crashing down, commanding it to reach its target no matter whether or not Napier stepped out of the way.

There was a loud crash of metal as the sword fell on the floor, and the noise seemed to bring Pen back to his senses. The anger was gone, but it had been replaced with a sickening feeling of remorse and guilt which was already feasting on his insides.

His uncle’s face was almost as white as his right index finger, around which he had pulled the Rite tightly to prevent the sword from hitting him. Napier looked at him in silence for a few moments before shaking his head.

“It can’t be helped,” he said, his voice as calm as ever. “I should have known you had it in you. And every Rendelf must face the darker side of his apprentice sooner or later. I should be grateful it happened before you have full control of the Rite. I’ll tidy this place up. You two go and enjoy what’s left of the sunshine.” 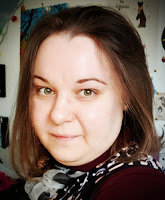 About the Author:
Judith was born in Orkney, grew up in Lincolnshire and now lives in the far north of Scotland. Her work draws inspiration from folklore, experience and the natural world.
The Backwater, Judith’s debut book, was a finalist in the Wishing Shelf Book Awards 2019.
Judith followed this with Dance With Me in 2020 and her next novel, Honour’s Rest, will be published in October 2021.
When she isn’t writing, Judith is a teacher at a primary school in Caithness. She sometimes finds that writing gets usurped by crafting, music, and being a generally doting spaniel owner.
https://www.judithcrow.co.uk/
https://twitter.com/jayzed_kay 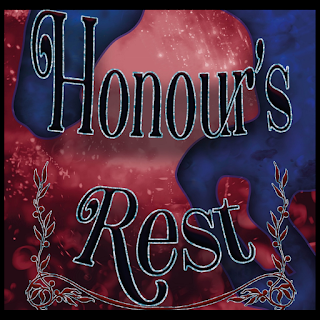