Jerney, a witch who does work for a well-known thieves’ guild, knows exactly who’s to blame for the brazen theft. With no other choice in the matter, he quickly becomes entangled in trying to help the baby dragon. What he doesn’t expect is his own heart might get stolen in the process.

Tori looked up from where he was carefully shining his favorite ruby necklace and glared at his human uncle Bast.

“This time you really are the only one. Rex and Jag are both out of the city, and we needed this solved five years ago.”

Uncle Bast’s expression showed real remorse at having to pull Tori from his hoard room, but that didn’t make Tori feel any better. He wasn’t human, regardless of the fact that his shape was. Both of his parents were dragons, and he was the result of an experiment on what would happen if dragons tried to procreate in human form. Instead of being born in dragon shape from an egg, as all dragons were, Tori had been born from a womb in human form as humans were.

The fact that his mother had managed to stay in human form for the requisite nine months surprised Tori every time he went to visit her. Gail was the flightiest of dragons, and sometimes she barely remembered she had two sons and that one of them, Tori, was stuck in human form until he matured enough to shift.

At eighteen, Tori was still a baby dragon. He hadn’t even reached his second decade yet! His older brother Nyle was still considered to be a child, and he had lived for centuries. But humans didn’t understand that Tori should still be cave-bound, barely starting to learn about pretties and his magic. Eighteen years old for a human was considered to be the age of adulthood when young men and women were expected to take on adult responsibilities. Raised among humans, Tori was able to act at least close to that age, but it was hard to pretend maturity sometimes.

Eight months ago, his uncle Bast had forced Tori to take command of a rank of troops. Tori had tried to treat it as an experiment, to see if a dragon could handle warring humans. Needless to say, it had failed, and the humans had blamed Tori as if Tori should have been old enough to understand what had gone wrong.

Three months ago, Bast had given Tori some basic investigation work in the castle. A servant had been stealing the silver. Tori had just shrugged off the investigation entirely. If the humans didn’t consider the silver their hoard, then they had no right to keep someone from taking it. Luckily, even the human servant stealing from the castle had known better than to touch Tori’s small hoard.

There was no way Uncle Bast was sending Tori out on another investigation. Tori would prefer to move in with his big brother Nyle, even if Nyle and Leon were a bit sickening with their snuggling all the time. Tori turned his back on Uncle Bast and went back to polishing his ruby necklace set in gold.

He held it up to his hair, admiring the fact that the red parts of his hair so closely matched the ruby and the gold parts of his hair matched the gold setting. That was another strange thing about him. Tori was stuck in human form until his magic matured enough to allow him a second shape, and instead of solely being gold like his father, Tori had both his parents’ coloring. Being bicolored, red and gold, was odd for a dragon, but it pleased Tori to be so pretty.

“There’s a witch spell casting for the thieves’ guild!” Uncle Bast tried to explain. “They’ve been getting away with crimes for almost ten years. I just need you to locate the witch; that’s all.”

Tori finished polishing his favorite necklace and clasped it around his neck. His glance around the small storeroom filled with his pretties showed that nothing was out of place or in need of polish. Tori stood with a groan and walked over to his small pile of rubies. He felt the urge to curl up on the rubies. There was one advantage to being in human shape: as a dragon, the pile would only serve as a pillow, but as a human, his entire shape would fit on it.

Tori gave into the urge without much thought. He spread a soft blanket to keep the sharp points from digging into his skin and curled up with one hand buried in red and purple brilliance.

“Tori!” Uncle Bast snapped from the doorway. Tori ignored him, and soon enough his uncle sighed as if disappointed and left. Tori snuggled deeper into his blanket and took a nap. 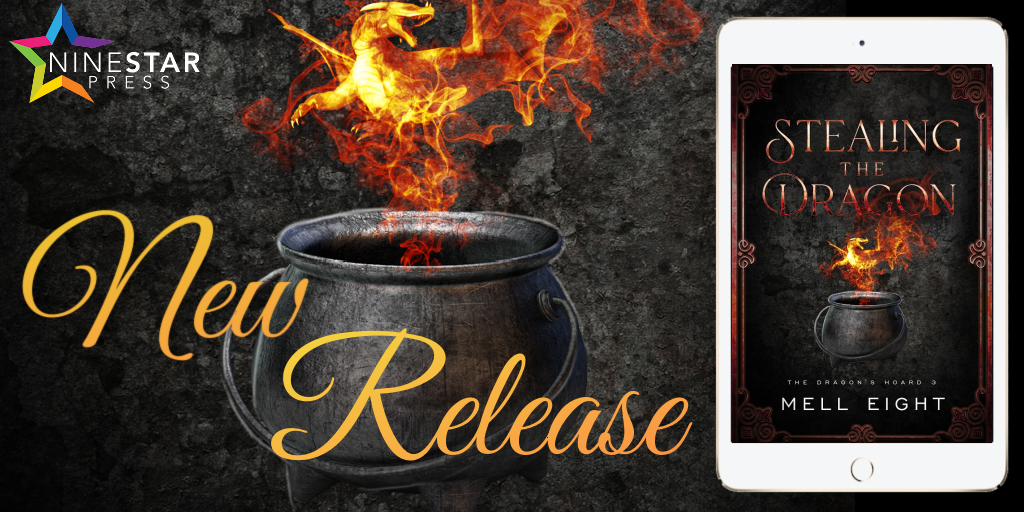