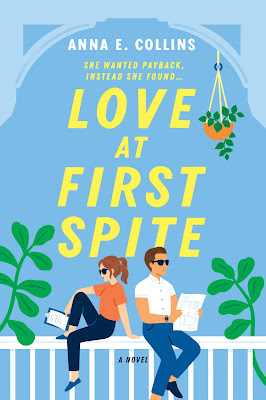 In this delightful, breezy romcom, interior designer Dani decides to get revenge on her cheating ex the only way she knows how: by building a spite house next door.

They say living well is the best revenge. But sometimes, spreading the misery seems a whole lot more satisfying. That’s interior designer Dani Porter’s justification for buying the vacant lot next to her ex-fiancé’s house…the house they were supposed to live in together, before he cheated on her with their realtor. Dani plans to build a vacation rental that will a) mess with his view and his peace of mind and b) prove that Dani is not someone to be stepped on. Welcome to project Spite House.

That plan quickly becomes complicated when Dani is forced to team up with Wyatt Montego, the handsome, haughty architect at her firm, and the only person available to draw up blueprints. Wyatt is terse and stern, the kind of man who eats his sandwich with a knife and fork. But as they spend time together on- and off-site, Dani glimpses something deeper beneath that hard veneer, something surprising, vulnerable, and real. And the closer she gets to her goal, the more she wonders if winning revenge could mean losing something infinitely sweeter…

Momma Says: 4 stars⭐⭐⭐⭐
The premise of Love at First Spite makes for an amusing read. I mean, it's kind of fun to think about getting back at an ex by moving next door. I prefer to think about moving next door and being totally happy without them, but that's not exactly what Dani has planned. The romance is an enemies-to-lovers love story between Dani and Wyatt, who I just loved to pieces, and since this is a favorite romance trope for me, I settled into the story pretty quickly. This is Anna E Collins's debut novel, and I really enjoyed her wit in this RomCom. So, if you're looking for a witty, entertaining romantic comedy to escape from reality for a few, Love at Frist Spite is a pretty good choice. It made for a fun weekend read for me, and I'll be looking forward to whatever this author does next.

My white dress trails me as we make our way across the small clearing to where the others are waiting. The heavy fabric rustles against the ground, a few leaves catching in the hem, but I ignore them, concentrating instead on what’s ahead. All eyes are on me.

“Are you sure?” my cousin Mia asks at my elbow. My partner in crime.

I glance her way. I’m nervous, but I don’t want to be, and the simmering excitement in her expression reassures me. This is the right choice.

She smiles and squeezes my hand. “You’ll rock this, I know it.” She lets go and steps away to assume her position with a wink. “See you on the other side.”

I take off at a sprint. The paintball arena is at least a football field in size and strewn with steel drums, crates, and sandbags. A few larger structures in the middle resemble a small-scale Old West town complete with porches and a saloon sign. The guys Mia and I’ve been teamed up with run that way, while she and I head for the trees along the sides. The large pines tower stoically above the fray, and I choose one of the largest trunks for my first cover.

“Did everyone else go the other way?” I call out to Mia but get no response. Wasn’t she behind me?

I peer around the trunk only to catch the whisp of her braid beneath her helmet as she dives for shelter by a tree trunk twenty yards in front of me.

“Don’t be a baby, Porter,” I chastise myself, before following her. It’s a thirty-minute game of most-hits-win, so she’s got the right idea: it’s go time.

As fast as my skirts allow, I jog in the direction of the rapid pops and ka-splats of active battle, paintball gun at the ready. The staff told me I’d be at a disadvantage playing in my wedding dress, and they had a good point. But then again, I didn’t come here expecting to leave in virginal white.

I barely get my finger on the trigger before two shots in succession hit me squarely in the chest, and a green stain blooms before me. It hurts less than I anticipated, but I still freeze too long and another round easily finds my shoulder. Blue paint drips off the white lace of my sleeve.

Oh yeah? That’s how it’s going to be?

Something akin to glee bubbles up my chest and I let out a loud cackle. All righty, then. Shouldering my gun, I aim at the culprit—some kid a full foot shorter than me— and one, two, three splotches of paint hit his belly.

“Yeah!” I shout, as he hightails off. Adrenaline pumps through my arms.

“Dani, over here!” Mia runs sideways behind me from the cover of a fake building to a stack of boxes. “I’ll shield you.”

Yeah right. She already looks like she’s wrestled with a rainbow.

I consider darting the opposite way, to a smattering of hay bales, but Mia sounds increasingly desperate. I hike up my skirts and do my best to make myself small before jumping to safety next to her.

Back up against the boxes, I peek around the corner. “Two of them,” I say, still breathing hard. “On my mark.” I count down with my fingers and, on three, we spring out, guns leveled at opponents who don’t see us coming. I’m a vengeful angel, gliding through the sky—at least that’s what I picture until my toe catches the hem of my dress and I stumble forward into a mouthful of dirty straw.

“Take that!” Mia shouts from a distance, accompanied by a fresh round of shots volleying through the air.

“What the fuck?” a deep voice yells out.

Another voice: “We’re on the same fucking team.”

I lift my face off the ground. Mia is backing up toward me, pursued by our imagined foe who’s indeed wearing the same beat-up Timberlands I spotted on our teammates earlier.

It’s fair to say they’re about as excited to be paired with us as my taste buds are about the straw. I spit out the horse fodder and push myself up.

“We should have never teamed up with them,” the first guy complains. “That one wants to get hit, and this one…” He gestures at Mia.

She exhales as if he’s punched her.

“What?” I say, moving to stand between him and my cousin. “This one, what?”

“Well she’s not exactly agile, is she?” guy number one sneers.

She appears at my side. “I think someone’s about to get pummeled.”

His eyebrows jerk behind his protective goggles, but that’s all he manages before we shoot.

Who needs a team? The sight of them running away is totally worth losing for. 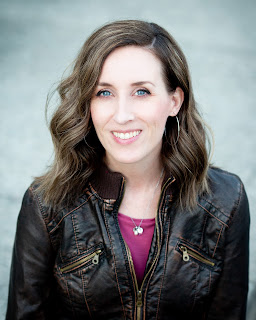 Anna E. Collins is a Seattle-area author who writes stories about the lives and loves of women. Once upon a time she was a teacher, and she has a master’s degree in educational psychology. LOVE AT FIRST SPITE is her first novel.