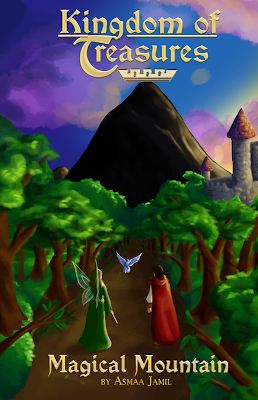 Magical Mountain is the first book in a four-part fantasy series, Kingdom of Treasures. The book retells the story of Cinderella from the fairy’s perspective, giving readers insight into a classic fairytale from a fresh viewpoint. Keeping things interesting, Magical Mountain also borrows plot and character elements from 1001 Arabian Nights (Two Sisters Who Were Jealous of Their Younger Sister). However, the story fosters its own exciting adventure as it focuses on the fairies and the story following the marriage.

In this tale of love, family, and betrayal, readers get a glimpse into what it means to be a true female hero from the fairy and human perspectives. In doing so, Magical Mountain veers from traditional fairytale conventions, in which men typically fulfill the hero role. The women in the story demonstrate what real courage and strength look like. In the end, the female characters prove to the reader that fighting with heart pays off.

For the next few months, the sisters acted the part of loving supporters to Queen Rella. As women of her court and her sisters, they met with Queen Rella regularly, watching and conniving at every moment. Unsuspecting, Queen Rella treated them with kindness, respect, and with the most excellent hospitality.

Avina and Bren tried several schemes to impose pain and sorrow on the Queen.

Firstly, the two sisters gave Rella a gift of a black cat and encouraged her to give it to a visiting Roman. With Fairy Lexi whispering in her ear, Queen Rella showed the cat to Geberic, who discreetly put the cat out of the palace.

Secondly, Avina and Bren coaxed a handsome royal soldier with a magnificent sword and strong arms to visit Rella in her quarters alone after dinner, without the King around. They aimed to make the court gossip about a forbidden romance between the Queen and the soldier. Fairy Lexi overheard Avina flatter the soldier. “Her Majesty wishes to hear about all your noble deeds in the battle against the kingdom of Frankish Neustria,” Avina told the handsome soldier. This plan failed when the soldier arrived at the Queen's quarters and saw the King entering.

Thirdly, Avina and Bren tried to trip the Queen while walking in the court, but the Queen whirled at the last second and rushed down a different way to hug the ailing wife of the handsome royal soldier.

Finally, they put pins into a new pale violet tunic, but the Queen could not wear it due to her growing bump.

The old man opened a bag that lay behind him. One that Tius did not notice before. The old man took out a red ball: an enchanted Seelie ball.

“Take this ball, and after you mount your horse, throw it in front of you. It will roll on till it reaches the foot of a big mountain. When it stops, you should stop as well. Then, you must do exactly as I say...”

Tius shared some of his food with the old man while the old man continued to give instructions.

“…and finally, and most important of all, do not look behind you for any reason. Do you understand?”

Tius nodded his head and replied, “Thank you for your help.” He then mounted his horse. He drew back his arm and hurled the red ball in front of him so that it rolled down the path. 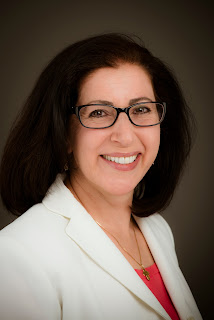 Originally from Northern Iraq, Asmaa Jamil was born into the Chaldean Christian ethnic group before moving to the United States, where she grew up. Leaving the corporate world not long ago to focus on her writing full time, Asmaa draws on her experiences living and working in several different countries to influence her creative process. While abroad, Asmaa learned about other cultures and their unique traditions, a key role in her development as a writer.

Asmaa Jamil holds an MBA in International Business, a PGCert in Management Information Systems, and an MLA in Near Eastern Languages. Her two decades of professional experience in retail, wholesale and entrepreneurship brought her extensive cultural insights, working with diverse international teams in Asia, Africa, Europe, the Middle East, and North and South America.

Raised in a family of storytellers, Asmaa always felt inspired by the power of a narrative. Specifically, she found that family stories were the most captivating, as they speak to audiences of all ages with ease. Not to mention, Asmaa likes that family stories foster opportunities for household gatherings and traditions.

Her first book, titled Magical Mountain from the Kingdom of Treasures series, explores influential female character roles. Outside of writing, Asmaa Jamil enjoys reading history and visiting historical sites around the world. She also has a fascination for connecting the old with the new, demonstrated through her storytelling. When it comes down to it, Asmaa is happy with a cup of coffee, great conversations with loved ones, and of course, good food.

Asmaa Jamil will be awarding a $25 Amazon/BN GC to a randomly drawn winner via rafflecopter during the tour.
a Rafflecopter giveaway
at January 18, 2022