That Night Tour and Giveaway 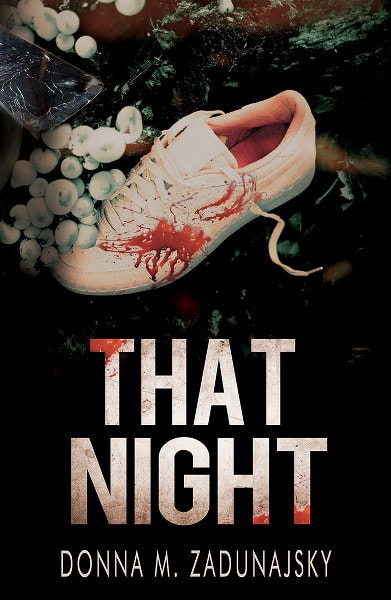 Senior Kat Palmer observes several of her classmates acting suspiciously on the first day back to school. Her boyfriend was one of them.

One night, she follows him out to Lemmon's Park.

A fight breaks out and she hears a terrifying scream.

Four of the five classmates flee the area.

Kat goes looking for the fifth. All she finds is a shoe, an abandoned car, and a cell phone. What happened to the classmate who owned these things?

As Kat continues to search the woods, she is knocked unconscious. She wakes up in the hospital with no recollection of what had happened. As the days go by, she starts to remember bits and pieces of that night. She can't rest until she knows what really happened to the missing classmate.

Kat drives back out to Lemmon's Park, hoping to recall more of that night. But this time she finds a broken watch with an engraving on the back. How did her father's watch end up at the scene? He'd told her that the watch had been stolen when someone broke into their home last week. Had he been there that night?

The more Kat investigates, the more secrets she uncovers. She finds out that even the ones closest to her aren't who they pretend to be.

Talk To Me, Book 2 was a Finalist in the Author U unpublished contest, 2016.
IPA Award- Winner in Death and Dying

The author is available for speaking on the matters of teen suicide, bullying and for author events.