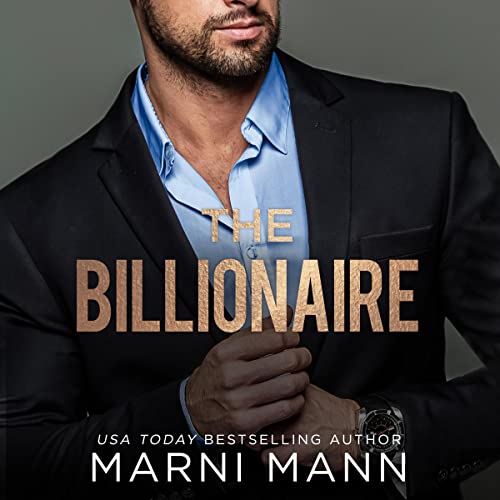 I’ve always been a good girl.

But the second I walk into the hotel bar, I see temptation.

The man sitting there is delicious. Older. Experienced. Once our eyes meet, I know I’m not walking away unscathed. I’ve heard about men like Jenner Dalton - richer than God and hotter than sin. He’s got heartbreak written all over him.

But it only takes fifteen minutes before we’re headed up to his room.

I’ve never done anything like this before, but something tells me he’s worth it. Every swipe of his tongue feels electric, every kiss sets me on fire, and his experience has me begging for more.

In one week, I’ll return to college in Miami.

He’ll go back to being LA’s most eligible billionaire.

The miles and years between us are just too many for this to mean anything.

So, between now and then, I plan to spend every moment being anything but good...

Momma Says: 3 stars⭐⭐⭐
If you're looking for a fun bit of escapism, The Billionaire will do the trick. The angst is pretty low, and there's enough steam to fog up all the windows. It's an age-gap romance, which is one of my favorite tropes in the genre. Jenner and Jo have loads of sexual chemistry, and I liked the dynamic between the whole group (Jenner and his brothers and Jo and her friends). They all get along really well despite the obvious differences in their lifestyles and ages.
The drawback for me (and I can't believe I'm saying this) is the sheer amount of steam in this book. Don't get me wrong, I'm not against a detailed sexy scene or two or three... The problem is after so many, it becomes repetitive, and there was a lot of it between these two. I feel like a few less scenes with the others spaced out a little more would've worked out better and had more of an impact, at least for me. With so much sex, I got the attraction between Jenner and Jo, but I had a hard time getting the feelings.
Kelsey Navarro and Tim Paige gave voice to Jo and Jenner, and they did a terrific job. Kelsey Navarro voices Jo so well that I could just picture this girl about to graduate college, and Tim Paige makes Jenner sound just as sexy and arrogant as he's described.
What it comes down to is I liked this story. I didn't love it, and I feel like my struggle to see the love story here had a lot to do with that. Nevertheless, I did enjoy getting away from reality for a while as the narrators carried me away into bookland, Marni Mann writes with a fast-paced, upbeat style that works for the low angst level. Oh! And I have to say that I love what she did with the epilogue. It was just perfect.