Jess, a young artist, has spent her entire life thinking she was straight. That is, until her long-term boyfriend leaves her for someone else. Single for the first time in years, Jess has time to think about what it is she really wants. And to express that, she paints a portrait of two women embracing. The painting goes viral overnight, and she gets approached by her favorite lesbian illustrator, Lily. The two become fast friends, but there’s one problem: Lily doesn’t know that Jess is straight. The more they talk, the more Jess starts to question her sexuality.

Once she realizes she is bisexual, Jess has to decide what she values more: the safety that heterosexual relationships afford her, or a real connection with someone she truly likes. As her infatuation for Lily grows, Jess has to make the difficult choice between keeping things as they are or accepting the risks that come with being openly bisexual.

Some of those risks involve being the target of cyber-bullying. Although Jess’ friends are happy for her, the Internet is not. One particularly spiteful fan does her best to ruin their relationship. It is up to Jess to find it within herself to reject the online harassment and inner doubts and embrace her new-found identity.

It’s over between us, he wrote. I’ve fallen in love with her.

And that was it. It was all over. Well, not everything was over. I still had my job, after all. Not all was lost, but the relationship was clearly and irrevocably damaged beyond repair. I didn’t even bother to try to fight his choice to end it or beg him to reconsider or debase myself in any way really.

I had found out about Mélodie, the other woman, a few days ago. We had been talking it out. I had been willing to let it slide, if he was willing to let her go. It seemed he had decided she was worth it more than me.

Okay, I wrote back, as if I were whispering it. I felt weak. Part of me had known the breakup was coming. But at the same time, I was furious. How could he have dared to do this? And while I was at work, for god’s sake? I had thought maybe we could work through our issues. I clutched at my chest. I was having difficulty breathing. The sensation was like having the wind knocked out of me. A panic attack?

I tried not to cry. I wasn’t even certain why I felt like crying, anyway. It was pretty clear he didn’t care about me. He had met someone else. Why bother being sad? Why waste my time? But despite my best efforts, the emotions broke the surface. I pressed my nails into my palm to distract myself. I thought maybe I was distressed because I was worried about getting my things back. Or because of the nasty things he’d said to me, or because I’d lost a best friend.

I decided to quietly wipe a few tears from my face and cry more later, in the privacy of my own home, when I had ice cream. Oh, yes. There would be a lot of ice cream eating.

I closed the chat. Not much left to say. He left no room for discussion.

“How’s the work going?” my co-worker Julia asked, peeking over at my workspace.

Julia was one of those women who had been raised by an affluent family and gone to the best art schools. She had the shiniest blonde hair I had ever seen, and she always wore it up in a tight high pony. She was always dressed to the nines (and when I say always, I mean always, even when she was relaxing at home). I had quickly discovered after meeting her during my first day at work that she spent money like it was nothing. I had seen her shopping online during her break, and the things she bought were not cheap.

But despite her spoiled nature, she was a friend. Well, more of a work-friend, but she still cared about me. And so, despite her flaws, I liked her (but only in tiny doses).

I worked as a background artist for an animation studio in Montreal, Quebec. Painting had always been a passion of mine, and I got to do it as a profession. I thought it would’ve been great to do what I loved for a living, and in a way, it had been great. In another way, though, it kind of spoiled things. It was difficult to find work-life balance with art. I tended to burn out pretty quickly. And after the message I had received from my ex… I cringed. It felt weird to think of him that way. But after his message, I wasn’t certain how much more work I could get done. My work wasn’t very glamorous. My name barely appeared anywhere. I was a nobody, even in geek groups. So, in the moment, I didn’t have much motivation to keep working.

“What’s going on?” she asked, peering over the top of the cubicle.

I pressed my lips together into a thin line. “It’s Clark. He dumped me.”

Her eyes widened. “What? When? I thought you were just about to move in together!”

“We were,” I said quietly, pressing my hands into my lap. I was wearing my favourite dress: white satin. It was his favourite too. Or at least, it had been.

“Know what you need?” she asked abruptly.

“No, something better. Smashing.”

“I don’t think I’m quite ready to ‘smash’ yet. I literally got dumped like five minutes ago.” Uh-oh. Here came the tears. Soon I’d be ugly crying and my co-workers would think I was mental.

She rolled her eyes. “Not smashing as in sex. Breaking plates and cups and things. It’s therapeutic.”

“Okay, then after work, let’s break some plates.”

She gave me a sympathetic smile before sitting back down. “Don’t worry about it, hun. Everyone knew there was no future with him.”

But I had thought there was…

Since I had been ceremoniously dumped like all my old art Clark had thrown out to “make space,” I had to tell my parents. They had been eagerly awaiting a marriage proposal, and so I had to give them the bad news that that was never, ever happening now. I didn’t want to do it in person, and besides, I had already agreed to go break things after work with Julia. If I told them in person, they’d give me the face, and I wanted anything but the face right now.

I decided to text them. I pulled out my phone and opened the messaging app, my finger hovering over the chat. Did I really want to do this? Telling them would only cause trouble, after all. What if I just let them believe we were still together?

I put my phone face down on my desk and concentrated on the screen again. I was working on concept art for a new show we were putting on, kind of a fantasy type thing. Lots of forests and sunsets and hills. I did it all through digital painting. I tried to focus on shading, but my mind was whirling.

How could Clark have broken up with me like that? At work of all places? Thank god we didn’t have a place together yet, but I still had the whole trouble of retrieving my things from his place. He had a few of my best brushes over there, so I definitely wanted them back. I didn’t often paint traditionally, but it was soothing to paint watercolours in my free time.

By the time I clocked off, I was emotionally exhausted from the torture I had been subjecting myself to throughout the day. I brushed my fingers through my hair and redid my makeup in the lobby, as if that would heal the emotional scars, and took a deep breath.

It was time to drink wine and break shit. 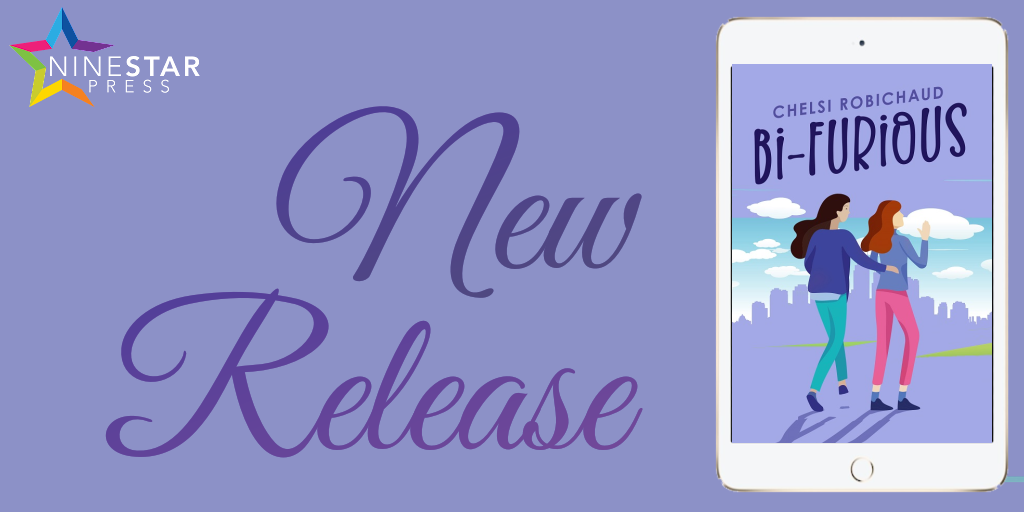 Laramie Briscoe has revealed the covers for the first two books in the Blizzard Bluff Series! The Cabin at Candy Cane Lane is releas...