Galvin and Spike, two struggling writers, have been dating for a while now. The attraction -- a connection of minds and bodies -- has only gotten stronger. As they push boundaries in the bedroom, exploring darker and more intense fantasies, the two men wrestle their own demons and insecurities… both professional and personal.

Spike stared at the screen. The cursor blinked on and off like a tiny, malevolent eye. He took a slow sip of coffee -- it was bitter, burnt-tasting from sitting at the bottom of the pot for too long. Then he swiveled his chair away from the empty field of white.

His fingers kept itching for a cigarette; he kept resisting the urge. It was like trying not to blink.

At Galvin’s urging, he’d finally started writing on his desktop computer instead of the antique typewriter he’d favored for so long. He had to admit, it made the process a lot more fluid. Easier to edit, to erase. But for that very reason, it also made it harder to get anything done. When you were writing longhand or using a typewriter and you wrote a sentence that was shit, you had to confront it somehow -- erase it, cross it out, or break out the little pain-in-the-ass tube of whiteout. If the entire page was shit, you had to wrench it out and crumple it.

On a computer you could write and rewrite a sentence and delete it a hundred times without leaving a trace. Thoughts disappearing like raindrops into the ocean.

Outside the window of his cramped bedroom, it was already dark. He glanced at the clock. Almost six. He’d been sitting here for three hours and had accomplished nothing.

Why are you doing this?

He’d scrapped the fragments of the novel he’d been working on for so long; it wasn’t coming together for him. He’d decided to start a new project. Something fresh. But the inspiration wasn’t there.

He brushed the toast crumbs off his robe, closed the empty document, stood, and surveyed his messy apartment.

Enough of this. He needed to get ready. He had a date with Galvin tonight.

An image flashed through his head, bright and sharp as a lightning-flash: Galvin naked and sprawled out on his bed, mouth open and gasping, cheeks pink and fingers threaded through the metal headboard, gripping tightly. Spike’s cock stirred. He closed his eyes for a few seconds and allowed himself to slip fully into the memory -- the heat and tightness of Galvin, the delirious foggy lust in his gray eyes, all the need and hunger in his young, beautiful body bursting forth at once.

One knot in his chest loosened. Another tightened.

Spike had fucked more than a few warm, willing bodies since his last real relationship, but he’d almost forgotten what lovemaking was like. He’d truly believed that he was never going to experience that again -- that Sammy had been his soulmate, that he would never have another. Galvin had proved him wrong. He’d brought it all rushing back: the longing, the hunger, the depth and intensity of connection. The fear, too.

Galvin made him forget about his other problems -- about his looming midlife crisis, the general instability of his financial situation, the fact that he hadn’t written anything of value in years -- but he made Spike all too aware of other issues. Every serious relationship he’d ever been in had ended disastrously.

He didn’t want this to end the same way. He wanted this to work -- wanted to make Galvin happy. Which meant he had to get his own shit together.

He showered, shaved -- nicking himself and cursing -- and dressed in a long-sleeved navy blue sweatshirt and pair of dark slacks he’d recently bought, because most of his wardrobe was threadbare and (Galvin had informed him, as politely as possible) horrifically unstylish. He yanked a comb through his shaggy dark hair, which remained stubbornly untidy-looking. Galvin had told him it was cool, that it made him look like Bob Dylan. Spike thought it looked more like he’d gotten his head stuck in a vacuum cleaner. Clumps stuck up in places and lay limp in others. In the past he’d tried subduing it with gel until it was flat and lacquered against his skull, but that made him look like a deranged dictator.

Once he’d given up on his hair, he walked out of his apartment, away from his unfinished manuscript, away from the crusty dishes piling up in the sink, away from the blank screen and the blinking cursor.

He pulled out his phone and sent Galvin a text: On my way. 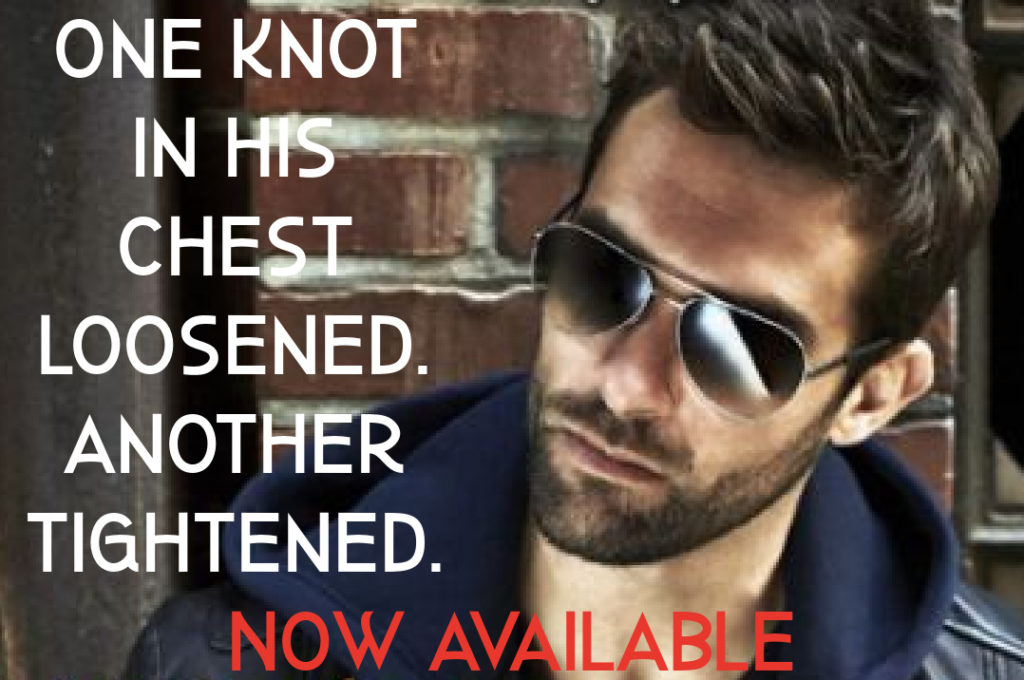 AJ Graham has a passion for cold weather, unusual beers, and anything otherworldly. Dragons, demons, shapeshifters and psychics have always populated their imagination, but sometimes the real world can be just as fascinating and mysterious. And no matter the genre, AJ has always loved stories about soulmates connecting. Whether it's instant, explosive passion or a slow burn, the power of two (or more) minds and bodies coming together to form a greater whole is always a story worth telling. AJ lives in the Chicago suburbs with their husband. Find AJ on Goodreads.