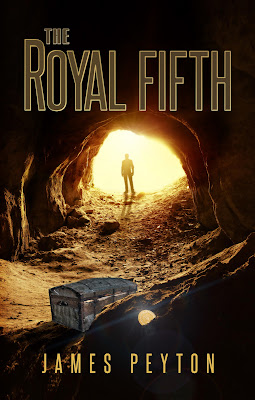 The Royal Fifth: The amount of stolen treasure Conquistadors were supposed to give to the Spanish Crown.

In a world corrupted by its past, what could turn a sensitive artist into a killer?

Young Santa Fe artist, Martín Cortés, is devastated by the deaths of family members and the loss of a huge emerald that once belonged to Hernán Cortés.

Colin Glendaring, a disgraced archeologist with an insatiable passion for pre-Columbian artifacts, is responsible. Martín learns that another family descended from the Spanish Conqueror lives in Oaxaca. Rather than kill Glendaring, he heads south. He discovers an unconventional household that includes Ilhui, a beautiful young woman with a dangerous political agenda.

Martín is stunned when he learns how the family manages to live so well…then alarmed when he discovers that Glendaring is on his way to Oaxaca. Martín and Ilhui are soon accused of murder. On the run, they are betrayed, and Ilhui is kidnapped by a guerilla leader known for recreating grisly Aztec rituals.

With time running out, Martín makes a pact with a ruthless army officer and a crooked federal policeman. Will it be a deal with the devil, or can he do what has to be done to save his new family and love?

Three months before he approached the international bridge, Martín Cortés drove through the gates of his parents’ home in Tesuque, just outside Santa Fe, New Mexico. Invariably that caused something powerful to stir inside him. That particular day, as the rambling adobe came into view, what stirred inside Martín was a witch’s brew of emotions. The last time he was summoned to a business meeting by his father had been three years ago. It concerned his decision to pursue a career as an artist rather than take over the family bank. That had ended badly—for everyone.

As he turned into the driveway, Martín slowed. He scanned the wooded, thirty-acre site at the base of the piñon-covered hill and then moved his gaze to the house. His eyes traced the rounded corners of the traditional two-story adobe. Irregular roof lines dipped gradually, almost whimsically, on both sides to meandering one-story additions. The structure was pinkish-tan and looked like it had been fashioned by a sculptor, which in effect it had.

Stubby piñon trees and patches of snow dotted the edge of the gravel drive and parking area. Still cold in early March, smoke curled from one of several chimneys, caressing the bare branches of tall trees flanking the driveway. Although the sky gleamed clear and blue through the clutter of spidery branches, Martín felt like a small plane flying into a thunderhead. 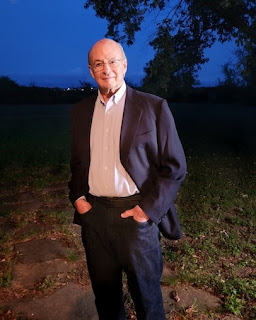 Award-winning Author James Peyton infuses his novels with stranger-than-fiction encounters and true-to-life characters based on his extensive travel and research. Realism in his plots and action comes from that background and his experience in martial arts and tactical firearms.

The Royal Fifth is based loosely on historical events surrounding the Conqueror, Hernán Cortés, brought into the present time. It will be followed by a mystery-thriller series featuring federal policeman, Artemas Salcido. Artemas is the illegitimate son of a Mexican governor and his Yaqui servant. Following his mother’s suspicious death, he was sent to be raised by the village priest. He attended Harvard on a scholarship and returned to Mexico vowing to fight corruption—only to receive his real education, where the grade is often life or death.

James Peyton will be awarding a $25 Amazon/BN GC to a randomly drawn winner via rafflecopter during the tour.