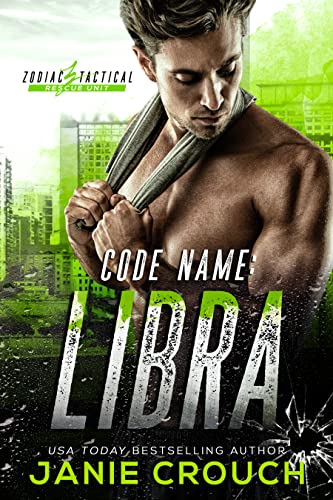 My code name is Libra. The stars say I’m charismatic, intelligent, charming.The one with the easy smile.Zodiac Tactical has been the biggest part of my life for the past three years. We guard, protect, rescue...eliminate the threat when nobody else can. And I’ve always been at the front lines—first to help in whatever way was needed.Until I took a bullet to the chest.Now everybody’s worried about me. So I’m sent on what’s supposed to be an easy mission—gathering intel about some potential bad guys while on a tropical island for a wedding. Lay low, blend in, catch a little tan while getting the job done. Can’t be too hard.Until I defend the bride’s adorable sister against some cruel cattiness and the next thing I know I’m mentioning I’m her fiancé.Surprise.When the mission takes a turn for the much more dangerous, and my fiancée finds herself in the middle of it, I will do whatever it takes to keep her safe. My wounds may have knocked me down, but a Navy SEAL, even former one with a couple extra bullet holes, always gets back up.My code name is Libra. Don’t let the easy smile fool you.

Momma Says: 5 stars⭐⭐⭐⭐⭐
Alpha male with a heart of gold and giant sweet tooth. That's Landon in a nutshell. Well, that and a fierce determination to accomplish his mission and protect the girl. Of course, that girl happens to bake some delicious goodies, and if you aren't craving a cupcake by the time you've read the last page, you have a stronger will than me.
As far as the storyline, I wasn't sure where this book was going to take us, and I was surprised by a couple of things. First, this one moves at a slower pace than its predecessors. Not necessarily a slow pace, but it's a different kind of action. It's more a quiet tension (for lack of a better way to describe it). It made me think of those Mission: Impossible scenes when you're on the edge of your seat thinking he's going to get caught any second. Anyway, it worked well for these characters and this setting.
The romance is an easy one to root for. Landon and Bethany complement each other so well. Bethany is as much a sweetheart as Landon, but she's stronger than he realizes. To be honest, I was sure I knew exactly where the romantic angst would come from, and I suppose it does a little bit, but only a little bit. I love how Janie Crouch showed Bethany's kind heart without making her a complete pushover.
I'll stop there before I spoil the story and just say that Code Name: Libra is everything I wanted for Landon's story.