The Sunwright Chronicles Tour and Giveaway 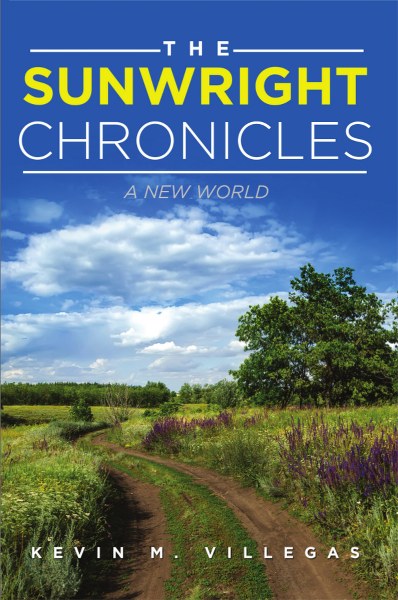 The Sunwright Chronicles: A New World

Join the magical adventures of the Sunwright family as they live, love and defend their high magic home of Alavar. It is the beginning of a new phase in the lives of the Sunwright's castoff's from an unloving modern Earth, they seek their fortunes in a brand new world. Enjoy these brand new adventures filled with; romance, intrigue, murder, and revenge! Watch their interactions with the powerful Elves of Alavar, how drama unfolds as a great disease hits the Elven population and all eyes turn to one Sunwright who can save them all. Will the Elves prosper or fall to the disease, and what consequences will the dreaded disease have on the burgeoning Elven civilization?

“How dare you!” Calia spat out.

Suadela ignored Calia and looked upon Jaedus who stood between the two women. “Move out of the way, you little whelp,” Suadela said.

Suadela’s face grew beet red now. “I am warning you, little girl, do not test me.”

“Jaedus, go to your father, this business is between me and my mother,” Calia said.

“Are you going to actually try your meager skills against me, Calia?” Suadela taunted her daughter.

“I am trying to talk sense into you, woman. You have been spitting nonsense since you arrived,” Calia replied. “You are acting like a brat and will be treated as such!”

“I told you to move!” Suadela reached out to push the girl out of the way, instead, she was shocked by a powerful burst of Energy and she flew back into the air, landing hard on her back.

Suadela lost her control and she cast a spell of paralysis at Jaedus which bounced off of a protective field. Suadela’s eyes went wide in surprise.

“Pershing, find father!” Calia yelled. Pershing nodded and ran off towards the woods.

Calia stood back, not sure what to do. She only knew very basic spells, and she was no match for her mother. She could tell that Jaedus was radiating an extremely powerful magical aura.

Suadela looked at Jaedus who stood her ground, her eyes closed to slits. She could feel anger like she’d never known building inside of her. Suadela cast another spell, and another, they all bounced off of Jaedus’s shell of protection.

“You don’t like me, you don’t love me, you never have. Well, I hate you too!” Jaedus screamed.

Suadela was raised into the air and dropped to the ground hard. She moaned as she was lifted and slammed again. Jaedus began to rise off the floor, her eyes went black, and she lifted her arms up. “Necromancer,” Calia whispered.

Suadela screamed, her hand going to her head. Calia felt the chill of fear running up and down her spine. The child was a prodigy of necromancy, the most dangerous form of magic. If something didn’t change soon, Jaedus would kill Suadela, not even realizing what she had done.

Calia in desperation reached out to Jaedus’s mind to help her. That was a mistake.

She reached a total darkness, a dark void of anger and violence. Something Calia had never experienced, and she couldn’t stand it. The power of the void took over, her body went cold, and she passed out.

By now, Suadela was bruised and beaten, blood flowing from her mouth and ears.

“Do it then, kill me,” Suadela croaked out. “You are no Sunwright. I have no granddaughter.”

“It would be my pleasure,” Jaedus replied 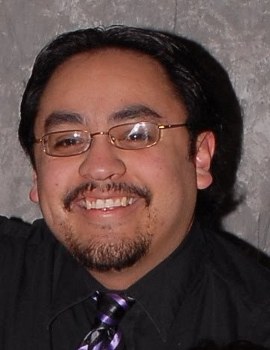 I have been writing for as long as I can remember. My ongoing series "The Sunwright Chronicles." Is a culmination of fifteen years of creating a unique living world with a rich history. I am currently writing the second book in the series. Besides writing I enjoy computer gaming, reading, watching the history and science channels. My favorite activity is hanging out with my awesome family.