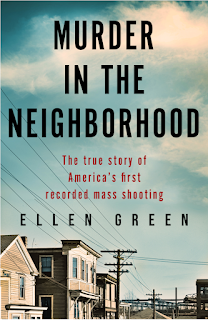 Murder in the Neighborhood—the story of the first mass shooting in the US
Ellen J. Green
Genre: True Crime
Publisher: Thread Books, Hachette UK
Date of Publication: 4/28/2022
ISBN13: 9781909770706
Number of pages: 324
Word Count: 85k
Cover Artist: Thread books
Book Description:
On 6 September 1949, twenty-eight-year-old Howard Barton Unruh shot thirteen people in less than twelve minutes on his block in East Camden, New Jersey. The shocking true story of the first recorded mass shooting in America has never been told, until now.
The sky was cloudless that morning when twelve-year-old Raymond Havens left his home on River Road. His grandmother had sent him to get a haircut at the barbershop across the street—where he was about to witness his neighbor and friend Howard open fire on the customers inside.
Told through the eyes of young Raymond, who had visited Howard regularly to listen to his war stories, and the mother trying to piece together the disturbing inner workings of her son’s mind, Murder in the Neighborhood uncovers the chilling true story of Howard Unruh, the quiet loner who meticulously plotted his revenge on the neighbors who shunned him and became one of America’s first mass killers.

That September morning started much like any other. Camden, New Jersey, the sparkling little sister of Philadelphia, connected by the high arches of the Delaware River Bridge, was waking up to heat nearing the mid-seventies—by nine o’clock the humidity was sitting high above the city, waiting to descend.

Cramer Hill, a small section of Camden, bound by the Delaware River to the west, the Pavonia Train Yard to the east, State Street to the south and 36th Street to the north—a grid of streets twenty-four blocks long, and about five or six blocks wide contained within—was about to draw the focus of the world but nobody knew it, not that morning at nine o’clock.

River Road cut a swath through Cramer Hill where open-bay trucks rumbled through all day long, overloaded with tomatoes headed for the Campbell’s soup factory a few miles away. The clearly visible cargo was only held in place by wire mesh caging along the sides. The loud engine sounds called to children to get out of the street, to stand and watch, waiting for a tomato to break loose and fall into their small hands. They were often rewarded when a bump in the road threw a few of the greenish-red fruits into the street.

The smells of the river wafting in, the sounds of the boats, the hint of tomatoes cooking at Campbell’s, the smoke from the stacks of Eavenson and Sons soap factory a mile away—it was all there. But mostly it was the shoemaker’s pungent aroma of tannery oils, the lingering, savory fragrance from Latela’s Italian luncheonette on the corner, the endless din of Engel’s bar across the street, and the music that poured out of its doors after the sun went down that filled every home.

Five businesses shared one side of the small block—a cacophonic mix of a pharmacy, a barbershop, a cobbler, a tailor and a café. The other side only had two: a grocery and a bar. Most of the owners lived there, nestled in their small apartments above their establishments. They all knew each other well enough on that small stretch of River Road. Enough to pull a chair out onto the sidewalk on summer nights for a chat. Enough to get a drink at Engel’s now and again. Enough to keep an eye on things and on each other. But not one of them saw it coming. Not the Pilarchiks, the Hoovers, the Hamiltons, the Zegrinos or the Cohens. They’d safely shared that space together for years, but not one of them was spared. 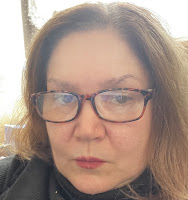 Ellen J. Green is the Amazon Charts bestselling author of the Ava Saunders novels (Absolution and Twist of Faith) and The Book of James. She attended Temple University in Philadelphia, where she earned her degrees in psychology, and has worked in the psychiatric ward of a maximum-security correctional facility for fifteen years. She also holds an MFA degree in creative writing from Fairleigh Dickinson University. Born and raised in Upstate New York, Ms. Green now lives in southern New Jersey with her two children. 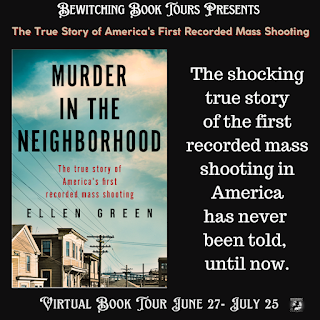