Conversations With Ayahuasca Tour and Giveaway 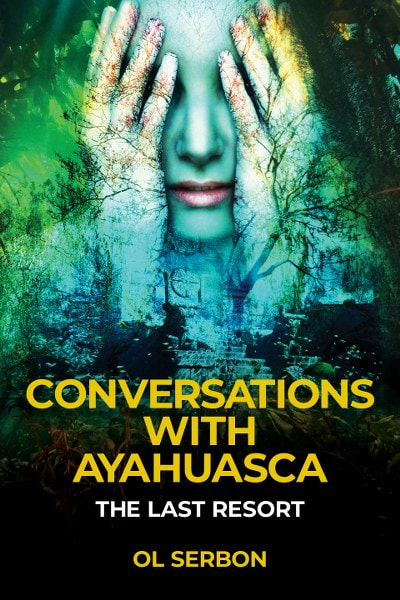 When all known roads lead to a dead end, it is time to explore the unknowable.

In Conversations with Ayahuasca, author Ol Serbon describes how a series of four annual journeys to the Amazon jungle to partake in Indigenous shamanic ceremonies involving the entheogenic beverage ayahuasca were a catalyst for healing issues in her life and body that were troubling her and entirely altering her perception of reality.

A powerful spiritual guide, Aya, introduced herself to Serbon and invited her to tour what appeared to be alternate dimensions and strange landscapes, like a vast underground city of plants. She also time traveled to an ancient civilization on Earth, perhaps Lemuria, and found evidence of an even more ancient civilization than that, indicating history repeats itself in broad cycles as do our souls. These dreamlike adventures revealed how our consciousness, focus, and resonant frequency shape the form that the world around us takes.

Back at home, Serbon developed a daily meditative practice for putting herself into the right state to receive visions and messages from Aya. Sitting on the deck at her house in a light trance, she would type lessons into her laptop about the arts of dream riding and manifestation, and warnings about impending dangers related to advances in technology, such as integrating AI into human physiology.

Feeling intuitively drawn to India, at last she searched for an enlightened sage who could help her make sense of her experiences.

Her story belongs to everyone in our generation.

“So, why are you here?” I heard the question addressed to me. The shaman was looking at me with genuine interest emanating from his one good eye while his question was being translated for me. His other eye was completely white, which gave him an enigmatic appearance. He was smoking a mapacho beady while cozily observing me from a hammock attached to the wall.

I sat in front of an audience comprised of four facilitators, three shamans, and a couple of other people who seemed to be volunteers. They were all quizzically looking at me, some apparently ready to take notes. One of the facilitators translated the question from Spanish to English. Now it was my turn
to reply.

I had a whole speech prepared, but instead of giving it, something else came out of my mouth. “I want to know what reality is,” I heard myself say, and my comment was immediately translated to the shaman. He continued smoking his mapacho and nodded in response to what I said.

I left the intention-setting session pondering the words that came out of my mouth. The question that had always been at the back of my mind somehow came forward, and as I was uttering it, it became clear to me that this was what I needed to know. It was the missing piece I had been looking for. Nothing would make sense until I knew the answer. 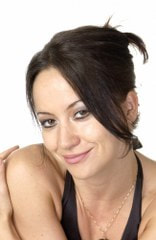 Ol Serbon is a pen name. The names I have used in the past, the places where I've lived, the things I have done, the little achievements I can claim, the degrees I have earned, and the titles I have held don't define me. The truth is that none of it defines me. I am an ever-changing, consciously evolving consciousness. This is how I perceive myself.

Originally from Russia, I grew up behind the "Iron Curtain" dreaming about one day living life to its fullest. At the age of nineteen, I came to America, thrilled about finally reaching the "Land of the Free." I embraced the idea of the American Dream with my whole heart, and for some time I thought that I was living that dream, until my reality began showing cracks.

As a dancer, I traveled the world, competed, performed, and taught dancing. I built a successful business out of my passion. A rare blessing in a world where most people do what they dislike just to make ends meet. Soon, however, my personal relationships and my health spun out of control. Devastated, I started searching for new ways to heal my body and mind. Among other things, books by Carlos Castaneda appeared. Then, after trying all conventional methods, I decided to give la madre ayahuasca a chance. It was my last resort.

Finally, in 2016, I found my way to the Amazon jungle. The rest of my story is in my book.