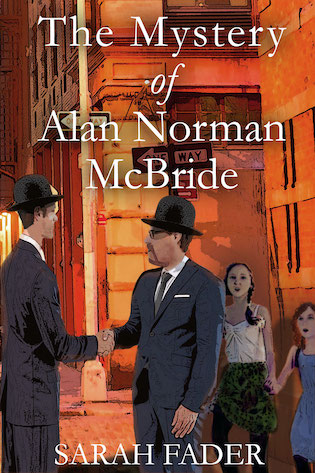 Pam and Emily are two sisters who live on the Upper West Side of Manhattan. Emily is a born investigator and is notorious for eavesdropping on conversations she hears on the streets of New York City. One Saturday, the sisters happen to overhear two gangsters planning the murder of millionaire Alan Norman McBride. They decide it is their duty to warn McBride and stop the murderers in their tracks!

Mr. McBride let out a chuckle which soon erupted into an outright guffaw. He must have laughed for over five minutes, just sitting there laughing with the iguana in his lap and Waffles and Taffy by his side.

“Murder me?” he exclaimed. “Murder me? Where ever did you get that idea?” Mr. McBride finished laughing and let out a lengthy sigh.

Emily unzipped her backpack and took out her large notebook. “Look! It’s all written down right here – the whole conversation.”

Mr. McBride took the notebook and read it to himself. “Are you trying to pull something here?” Mr. McBride furrowed his brow and looked suspiciously at the girls.

He thought about this for a while. While he was deep in thought, Waffles the dog jumped up and licked his face. Suddenly, Mr. McBride jumped straight up out of his chair, startling the girls.

“A-ha! They must want my papers!” He exclaimed, pointing his finger in the air.

“Yes. They are extremely important to me. They contain the most valuable information I possess.”

Lauren stood up. “What kind of information?”

“You know…papers…important…infor…” He stopped short and stared out his window. “What in God’s name is that?”

Parked outside was a long black limousine with the word “Cleaners” written in white paint on the windows.

Emily looked at Pam and Pam looked at Lauren. It was Big Al and Dino. They were early!

The two men got out of the car dressed in identical white jumpsuits. 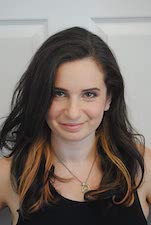 Sarah Fader is the CEO and Founder of Eliezer Tristan Publishing Company, where she is dedicated to sharing the words of authors who endure and survive trauma and mental illness. She is also the CEO and Founder of Stigma Fighters, a non-profit organization that encourages individuals with mental illness to share their personal stories. She has been featured in The New York Times, The Washington Post, The Atlantic, Quartz, Psychology Today, The Huffington Post, HuffPost Live, and Good Day New York.

Sarah is a native New Yorker who enjoys naps, talking to strangers, and caring for her two small humans and two average-sized cats. Like six million other Americans, Sarah lives with Bipolar type II, OCD ADHD, and PTSD. Through Stigma Fighters, Sarah hopes to change the world, one mental health stigma at a time.