Hesper Stalides and Felix Morlan have been best friends for as long as they can remember, bonding over their troubled home lives. When a horrible sports injury derails Felix’s promising career and results in the loss of his scholarship, Hesper offers a proposition: a year-long marriage of convenience so he can get free tuition at the college where she works.

It isn’t supposed to be complicated…until they fall in love for real. When Hesper reveals that she’s asexual, Felix must reassess everything he thinks about love and ask himself what he’s willing to sacrifice for a future with Hesper—before the past she’s spent her life running from can take her away from him forever.

It was not my Felix Morlan lying in the hospital bed, tangled in the sterile white sheets. He was the bravest, funniest, most cheerful man I knew, strong enough to make up for it when his friends were weak, and this wasn’t him. I brushed his dark hair away from his forehead, which was glistening with sweat, pain hazing over his eyes.

“Sorry I scared you, Hes.” His voice cracked, and I handed him a Styrofoam cup filled with cold water and ice chips.

Okay? Of course he wasn’t okay. One of his teammates had shown me a replay of the hit that had hyperextended his knee and destroyed his ACL. It had been on mute, and Felix was wearing a helmet that obscured part of his face, but the contorted expression of agony was seared into my memory. He may or may not have blacked out from the pain; I wasn’t sure because I quit watching, unable to stomach it.

“Want me to call the nurse?” I asked tentatively.

He turned his head away, but not before I caught the shine of tears gathering in his eyes. His leg was wrapped heavily in dressings, but I’d seen it when he came out of surgery, exhausted but too frightened to sleep while I waited. The skin around his knee was swollen, an angry red color where staples held the surgical wounds closed. I’d sat by his bed, sketching on the small pad I kept in Calamity, my old Jeep, while he slept off the anesthesia. But he was awake now, and he twisted his calloused hands in the sheets.

“They’ll be keeping me for observation for a few days. Go home and get some rest.”

“Some of the guys from the team will stop by and—”

It was a policy we’d had with each other our whole lives, and it didn’t change even when we’d moved halfway across the country together for college: we had nobody else here, but we had each other. He’d watched my back, and I would watch his. Felix and I had been best friends since we were old enough to walk and talk. Now, his mom was in jail while his dad was busy raising his six younger siblings, and I had run away from Missouri to avoid getting an order of protection against my own father. We’d basically raised each other. I wasn’t running away at the first sign of trouble.

“Show me.” He held out one hand for my sketch pad and I clutched it to my chest. “Come on.”

Normally this was fine. I’d draw tables covered in leaves, teacups and books and pocket watches and chunks of amethyst and rusty old keys, the kind of things I found aesthetically soothing. But I’d been doing something different while he slept, trying to erase the memory of his pain in the video replay of his injury. I’d drawn the slightly blocky angle of his jaw, his mouth turned up in half a smile, a five-o’clock shadow dusting the sides of his face. I’d drawn him happy, my best copy of the way he looked in my favorite memory of him.

I contemplated crumpling the page before he could see it.

Instead, I flipped back to an earlier page where I’d been doing a study of the trees outside his hospital window, light filtering through them in an orange haze as the sun rose. I hadn’t been able to quite capture it with the small bag of pencils I had on hand, but it was enough that he got the idea.

“Remind me again why you aren’t going into this?” He sounded clearer than he had in several hours, his eyes focused on my sketch pad. It was an uncomfortable feeling, to see someone marvel at my work. Like being under a microscope.

“No steady paycheck,” I reminded him, counting the reasons I’d rehearsed to people a hundred thousand times off on my fingers. “Deadlines would push me to create when I didn’t feel like it. I would grow to hate it if I had to do it for a living. The pressure would be too intense.”

I didn’t list the other reason. Sometimes it took every ounce of energy I possessed just to get up in the morning. Sometimes I simply didn’t have enough inside me to both function and create. Art was my escape. If I turned it into another source of stress, where would I hide when the rest of the world got to be too much? What would I do to restore the balance?

“Those are all good reasons,” he agreed begrudgingly, and he reached back over to hand the pad back to me, twisting slightly to do so.

He didn’t say a word but the set of his mouth and eyebrows told me he’d moved wrong, in a way that would have left him screaming if he hadn’t been so heavily medicated. My chest hurt, my lungs burning because I just couldn’t get enough oxygen in, because I couldn’t breathe looking at the way my best friend suffered. This was the sort of thing you read about in the paper or heard about on the news. It happened to other people, sure. But it wasn’t supposed to happen to Felix. 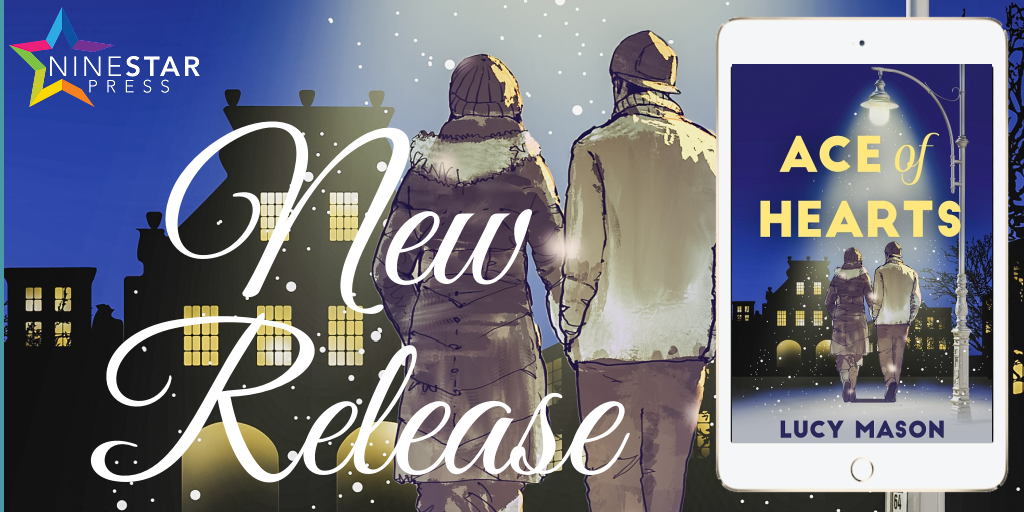 Lucy lives in rural southern Illinois with a frankly ridiculous amount of yarn and books. During the day she works in adult education and by night she’s a writer and dabbler in yarncrafts. She knits, loves video games and podcasts, and cries over fictional characters regularly.