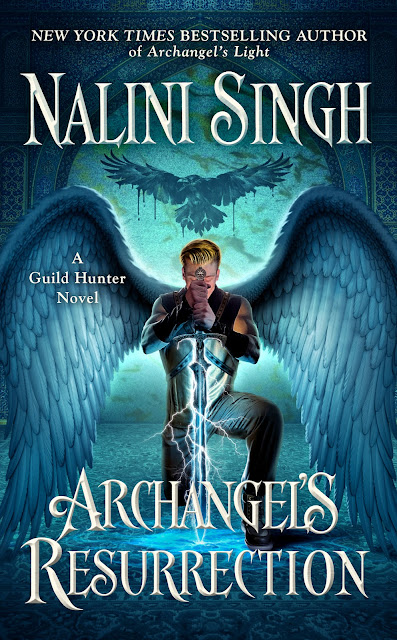 New York Times bestselling author Nalini Singh takes us into the dangerous, haunting world of archangels . . . and a love that is legend.For thousands of years, the passion between Alexander, Archangel of Persia, and Zanaya, Queen of the Nile, burned furious and bright, seemingly without end. But to be an archangel is to be bound to power violent and demanding. Driven by its primal energy, Alexander and Zanaya fought as fiercely as they loved, locked in an endless cycle of devotion and heartbreak. It is only Zanaya’s decision to Sleep that ends their love story. Eons later, the Cascade of Death wakens them both. The passion between them a flame that yet burns, Alexander and Zanaya stand together in one last battle against the ultimate darkness. But even a warrior archangel cannot win every war. Alexander’s scream shatters the world as Zanaya falls, broken and silent . . . only to rise again in a miracle that may be a devastating curse. For is it truly the Queen of the Nile who has been resurrected? Only one thing is clear: This is the last beat of their passionate, angry dance. The final song for Alexander and his Zani . . .

Momma Says: 3 stars⭐⭐⭐
An ancient romance, and apparently, the ancients aren't much better than us mere humans at getting it right on the first try. Alexander and Zanaya are certainly full of passion, whether it's love or war, they go full force. There's no room for middle ground, and it looks like this is their last chance to get it right. I'll admit that I haven't read all of the Guild Hunter books, and there may have been some things I struggled with, but for the most part, I was able to keep it straight and figure it out. There is what feels like a continuing storyline that I struggled with a little, but the love story between these two was deep and rich and full of the kind of passion I'd expect from a love that spans a millennium. The drawback for me is that the writing didn't flow as well as I'd have liked. It felt a little forced at times. Nevertheless, I did like the premise and these characters made for a gripping romance.