Surrogate For a Vampire Tour and Giveaway 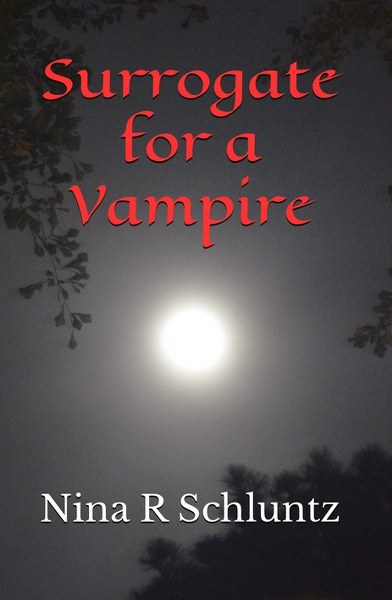 Surrogate For a Vampire

Every vampire has one goal- to find a surrogate human strong enough to birth their heir.

Surrogate for a Vampire spans three vampire love stories entangled around the fate of one man, who refuses to be a human, a traditional surrogate, or a vampire.

This crazy fuck wasn’t getting the hint. Jack could barely see him since he’d leaped off the deck with that lighter-than-air shit that the vampires did. And now he was standing off in the shadows. And who was he trying to impress with that smooth jazz voice? Go join a damn poetry reading club and go away.

“If you even think of coming up here, I’ll punch you right in the jaw, and you’ll be drinking blood out of a sippy cup for the next month.” While speaking, Jack gently rapped his knuckle on the door, a sign to Teddy inside the trailer to get the gun and aim it squarely at the door. This wasn’t the first overeager dumb fuck vampire who had to be shot a few times with rock salt before they got the hint and left. Maddock had told him that as long as he didn’t kill anyone, they were welcome to do as they needed, including calling for the female vamp guards. But Jack hadn’t needed to do that yet and didn’t plan to.

Then, the guy was in front of him. Jack had blinked his eyes, and bam, there he was, standing less than a foot away and leering at Jack with those predatory blood-red eyes of a vampire. He hadn’t been able to get a good look at him before, but now he was in the porch light, and Jack’s stomach did a little fluttery kick.

Because this guy was actually hot.

His skin was buttery smooth like someone had spent hours sanding it to a perfect polish. And his black hair was in tiny little spikes, which made Jack wonder how much hair gel the guy had to use to get it to stay perfectly in place like it was. His pointy nose had a perfect edge, and Jack had to remind himself to breathe.

This was the kind of vampire that probably had humans throwing themselves at him and begging him to drink their blood. Jack had never seen one that looked as alluring as this one. Maddock was, of course, gross to anyone. Most men vampires were unappealing creatures who either did nothing to try to improve their looks or were just born ugly to the point of no hope of repair. It was like they’d crossbred with bats at some point in their lineage, and they were deformed fuckers thanks to their bestiality practicing grandpops. Now, the women vampires were a completely different matter. Most of those were turned vampires because the vampire men, being the assholes they were, only turned the hottest women they could find. But the women vampires weren’t interested in Jack. They were completely immune to his mojo. But the men, gah, he’d spent every night of his life beating the fuckers away since he’d hit puberty.

“Did you change your mind?” the vamp asked, his lip twisting in a slight smile. “I thought there was an impending danger if I came up here?”

He knew. He knew he was fucking hot, and that pissed Jack off.

“Right, yeah, I did. Sorry about that.” Jack took a step back, and the floorboard squeaked, giving

Teddy the sign that he was clear. The vampire turned his head to look at the door as if at the last second he’d heard something inside and knew he was fucked. The door exploded, and a mix of shrapnel from the door and rock salt from the 12 gauge shotgun slammed into the vampire’s chest. He was tossed off the deck and landed on the ground, on his back, right about where he had originally stood.

“Did I get ‘em?” Teddy asked. He pushed what remained of the door open. “Maddock’s gonna be pissed we need a new door.”

“What the hell?” Jeff shouted from inside. He shoved Teddy out of the way, wearing only his boxers. “What is going on?” He kicked some of the door bits aside and surveyed the situation.

“It’s another vampire,” Jack said. He ambled past them and grabbed a three-foot metal pipe from where it leaned against the steps as he descended. The pipe was coated in silver, a substance that burned vampire flesh.

He walked up to the vampire and stood over him, a leg on either side of the vampire’s hips. The bastard was dressed in black—a fitted shirt and slacks—and even had one of those capes on, not a long one, it was only halfway down his back. He saw a lot of vampires wear them, some stupid style thing. Even Maddock wore it.

“You should stay down,” Jack said. “Otherwise, I’ll use this pipe to knock some of those fangs out, and it will really be a shame if I have to mess up that pretty face.”

The vampire gave a few coughs and clutched at his shirt, which now had little holes in it. He didn’t see any blood, though, but the impact should have hurt and knocked the wind out of him, hopefully, the fight too.

“Jack, maybe you shouldn’t get so close,” Teddy warned. Teddy was three times Jack’s age and knew more about vampires than any other human Jack knew. The waver in his voice as he spoke the words made Jack wonder why he was suddenly being cautious.

“I’ll just give him one smack for good measure,” Jack said. He lifted the pipe over his shoulder, and his world was suddenly turned upside down as the vampire grabbed his calf and yanked him off his feet.

He heard Jeff shout his name right as his head impacted the ground with a smack. He landed on his back but managed to keep his grip on the pipe. He saw a flash of black cloth and felt two hot pricks on his neck.

The fucker was biting him! 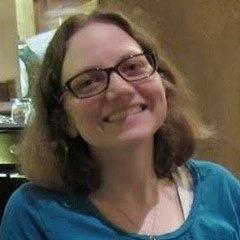