Mother of the River by Emily McPherson Virtual Book Tour 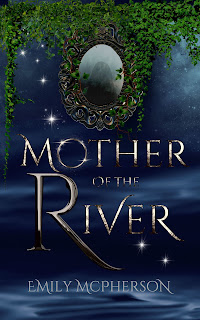 Mother of the River
The Protectors
Book One
Emily McPherson
Genre: YA Fantasy
Publisher: Eyebright Books
Date of Publication: 03/07/2023
ISBN: 9798986797311
ISBN: 9798986797304
ISBN: 9798986797328
ASIN: B0BJJH5ZXV
Number of pages: 272
Word Count: 73,800
Cover Artist: Berterra Forester
Tagline: May you have the hindsight to know where you’ve been, the foresight to know where you are going, and the insight to know when you have gone too far. - Irish Proverb
Book Description:
Ianthe was only six years old when her mother vanished and the strange statue appeared in the river near her home. Now, eleven years later, the statue stands as a memorial and a place where Ianthe often visits to tell her mother about her life. But when an old acquaintance returns to town and suggests the statue isn’t just a statue, the presence of a mythical creature comes into question, and Ianthe begins to wonder what really happened all those years ago.
With her best friend, Fintan, by her side, Ianthe searches for a lost legend and discovers fantastical dangers, family secrets, and the magic of Ireland. But finding the myth may not be enough to mend the past. And finding the truth just may threaten her future.

“Ianthe, you could have said goodbye to your friend, you know. I didn’t mean to pull you away so quickly.”

“But I did interrupt something, didn’t I?” Dubheasa smirked, almost amused with Ianthe’s discomfort.

“Well… sort of,” Ianthe said, “but believe me. I might owe you a favor for that one.”

Ianthe dropped her hands into her pockets and suppressed her embarrassment for another time. They arrived at the tea shop, opting for the outdoor seating on such a beautiful spring day, and claimed a small table with chipping white paint at the edge of the patio. The proprietor, Idina, weaved in and out of tables taking orders, quick as a hurricane wind.

“What’ll you have, darlings? Oh, Ianthe.” Idina’s tone brightened as she recognized Ianthe at the table. “Evening, love. How are you?” she asked with a dip of her head. A deep brown coil fell in front of her eye, and she flipped the curl back into place.

“Hello, Mrs. Kent,” Ianthe said with a cordial nod. “Just grand, and you?”

“Fine, perfectly fine. And I’ve told you to call me Idina, haven’t I?”

As Ianthe got older, more and more people in town asked her to call them by their first name, as though she was one of the adults—a concept much too odd for Ianthe to accept. Now she was expected to call Ms. O’Malley from down the road Eleanor. Mr. Wilson, who brought the morning paper, asked her to call him Norman. (Who knew he’d named his cat after himself?)

And now Mrs. and Mrs. Kent were Idina and Hazel.

“You’ve just had a birthday, haven’t you?” Idina said.

“Seventeen now, are we?” she asked, adjusting her apron.

“That’s right,” Ianthe said, and she straightened up in her chair as a proud smile dimpled her cheeks.

“I’ll have Hazel bring you some dry herbs and teas to take home then. Now, what’ll you two have?”

“I think tea and scones,” Dubheasa said, raising her brow at Ianthe, and Ianthe nodded.

A loud shatter sounded from inside the shop, and Idina jumped out of her skin.

“I hope she remembers our order,” Dubheasa said, chuckling at the commotion.

“She will,” Ianthe assured her. “They can be a bit chaotic, but Idina and Hazel are the best around. If I didn’t know any better, I’d say Hazel is magic with her teas.”

“What makes you so sure she isn’t?”

Ianthe giggled at the insinuation, but Dubheasa’s eyes only narrowed.

“Perhaps not, but people can be.”

“Pft. I was only having a laugh, Dubheasa. I know Hazel doesn’t make magic tea because magic isn’t real.”

“Here you are, darlings,” Idina said, setting the tea and scones on the table. “Enjoy!” And she rushed off again.

Ianthe slid a cup and a scone to her side of the small table and slathered butter onto the bread while Dubheasa eyed her carefully.

“Well then,” Dubheasa said, thankfully moving on to a new topic, “when did we last see each other, dear? Do you remember?”

“Um,” Ianthe paused to take a bite of her scone. “Two summers ago, I think.”

“And has much changed since then?” Dubheasa asked, stirring cream into her tea.

“Besides growing a bit taller, nothing at all.”

Dubheasa sipped her tea and waited for Ianthe to come to some sort of conclusion, but Ianthe stared back, lost as ever.

Ianthe couldn’t help but subtly roll her eyes, feeling a sliver of annoyance in her gut.

“You still don’t believe in the Sídhe, do you?” Dubheasa asked, though she already knew the answer.

“You told me the Scréch Sídhe would come for me after my mother disappeared, but it’s been eleven years. Do you really believe a magical faerie would need this much time to find a person?”

Dubheasa continued to sip her tea with squinted eyes before offering another question.

“Then how do you think your mother turned to stone?”

“Oh, this again?” Ianthe said, reminding herself a bit of her dad. “My mother didn’t turn to stone.”

“I’ve seen her, Ianthe. I know she stands in the river.”

“I’ve told you,” Ianthe said, dropping her hands to the table rattling the teacups. “My father had that statue made in remembrance of her. It’s not actually her.”

“And yet, he never visits her to remember her.”

“And disappearing into thin air is a more acceptable explanation for you?” Dubheasa asked, studying Ianthe’s face.

“Certainly more acceptable than ‘cursed by a faerie’,” she said in a failed whisper, gripping the edge of the table and leaning in. 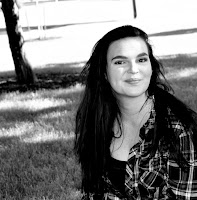 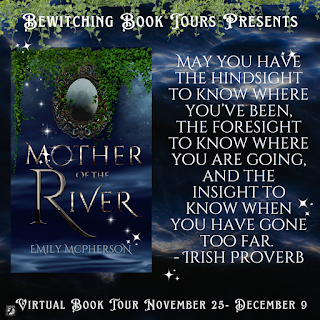 a Rafflecopter giveaway
at November 28, 2022