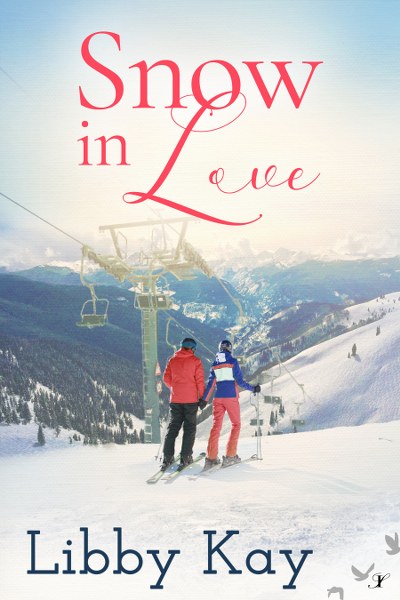 The slopes are heating up this holiday season!
Skiing’s golden girl finds love this Christmas when she falls for the sport’s bad boy.

Christmas is Sienna Markum’s favorite time of year. From the tinsel and traditions to the down time with family, all Sienna wants is a break from training. The Paralympics are months away, and she’s set on winning Alpine gold.

Connor Shoemaker has no plans for Christmas, other than train for the Paralympics. A motocross accident took one of his legs – and all of his confidence. Connor doesn’t think anything can get his old mojo back, until he meets Sienna.

Sienna was told her training would be private, but soon, she starts to warm up to her new training partner. Bad boy Connor is more than meets the eye. When her Christmas plans fall through, Sienna finds the best present under the tree – Connor.

But is Sienna willing to balance her training with a shot at love?
Can Connor find his confidence again, off and on the slopes?

Together, these two will learn there is more to life than skiing. And it looks a whole lot like love.


Fans of sports romances like Icebreaker by Hannah Grace, and The Wall of Winnipeg and Me by Mariana Zapata will love the enemies to lovers and forced proximity tropes in Libby Kay’s books. SNOW IN LOVE will have you snuggling up and enjoying hot cocoa by the fire. A perfect cold weather read!

“Hey, Golden Girl!” Sienna heard Connor’s voice as he slid to a halt in front of her. He used his wrist to pull up his goggles, dazzling her with his blue eyes. They literally sparkled like a character in her favorite vampire romance novel. Damn him.

Sienna bristled. “Don’t call me Golden Girl. Do you happen to see Bea Arthur around here?” Sienna assumed he wouldn’t get the reference, but she wasn’t that lucky.

Connor shrugged before stabbing his poles into the snow. He put his hands on his hips and said, “I’m more of a Betty White fan.”

Sienna slid toward Connor and lifted her chin. “Betty seems a little too sweet for you. Aren’t you more into the Blanches of the world?”

A glorious grin cracked Connor’s face as he chuckled. “Nice to know you’re worried about my type. Frankly, I’m surprised you have enough time to pay attention. Don’t you have a daycare center to dedicate, or a puppy to rescue?”

Mentioning her beloved dog, Roscoe, brought Sienna’s blood boiling. Throw in the fact that he mocked her charity work, and Connor Shoemaker was officially on her last nerve. “I’ll have you know, I like helping people.” She hesitated, worrying her bottom lip. “And I like animals. Who doesn’t love puppies? Roscoe is a very good boy.” She hated how lame her argument sounded, but she wouldn’t have anyone dissing her doggo. 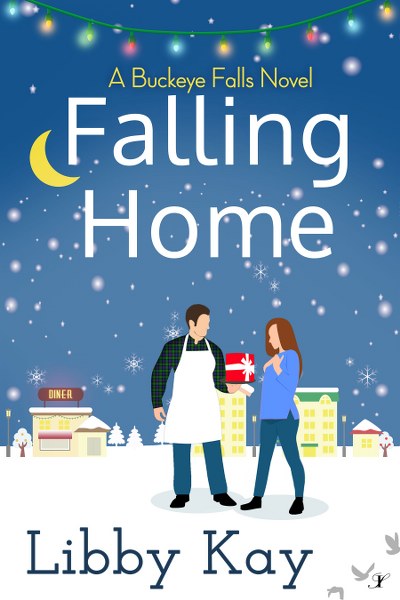 Welcome to Buckeye Falls, Ohio!
‘Tis the Season for Second Chances…And this couple is going to need a Christmas Miracle!

When New York transplant Ginny Meyer returns to her small hometown to help her father recover from surgery, she isn’t looking for any complications. No Christmas caroling, no cookie decorating, and certainly no time spent with her ex-husband, Max. The trouble is, she’s looped into helping with the Christmas Jubilee—and a certain ex is her planning partner. Now all her plans to avoid Max disappear in a puff of tinsel. But she can resist his charms, right?

Max Sanchez has three great loves in his life—his diner, Christmas, and his ex-wife. He’s spent two years missing the woman who broke his heart and left town, and he’ll use any excuse to spend time with her. Max hopes some holiday cheer, and his famous cheese enchiladas, can help them find their way back together. Buckeye Falls hasn’t felt the same since Ginny left, and Max can tell she’s warming to the idea of staying in town. Now if only he could get her to stay with him…

With a little help from the residents of Buckeye Falls, this Christmas is bringing more than presents under the tree.


Author Libby Kay’s books are perfect for fans of Kristan Higgins’ second chance romances or Sharon Sala’s smalltown romances. Readers will fall in love with Buckeye Falls, Ohio and the townspeople as they embrace the holiday season. Slip in to this enchanting smalltown and stay awhile! You might just fall in love…

Blinking, Ginny begged her eyes to see someone else standing before her. It was as if her memories willed themselves back to life. Beside her, her father perked up and lifted his free hand. “Max, over here.” Max turned around, and Ginny felt the air leave her lungs. This was no trick of her mind. It was the real deal. Well, hell …

Time had been good to Max; there was no denying it. His dark hair was longer now, curling at the base of his neck. A few flecks of gray threatened to take over his temples, but he managed to look mature rather than haggard. Instead of the clean-shaven face she remembered, his chiseled jawline was now peppered with a few days of stubble. Suddenly, Ginny understood all the fuss with lumbersexuals.

Max’s brown eyes darkened when he saw her, but his steps didn’t falter. “Harold, good to see you.” He moved one of his shopping bags to his other arm and shook her father’s hand. When he turned to her, Ginny felt her breath hitch as he reached out his hand for a shake. Really? They were in the hand-shaking phase of their relationship?

Ginny reached out and took his hand, a shot of awareness coursing through her body as his fingers wrapped around hers. “Max,” she said his name in greeting, hoping her tone was light, carefree.

“Gin.” Max swallowed and squeezed her hand before letting it go. He didn’t say anything at first, just studied her. She was glad she had listened to her father about makeup. Bumping into her ex-husband with bedhead and sans mascara would have been mortifying.

Ginny was helpless for a moment, staring at Max like a fool. Perhaps she’d fallen into an alternate universe when she left the turnpike? Maybe her rental car was a time machine where she felt pulled to a man who bruised her heart? A man whose heart was certainly broken by her.

Either oblivious or uncaring of her current slack-jawed state, Max surprised her by stepping closer and giving her a genuine smile. “I’m glad you’re back,” he said. “It’s really good to see you.”

In that moment, staring into his warm gaze, Ginny couldn’t disagree. Being so close to Max, so close to the worn paths of their past, she felt comfortable. This didn’t feel like a foreign place; it felt like home. 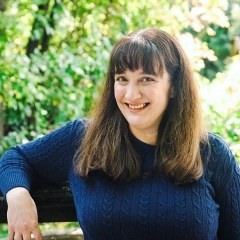 Libby Kay lives in the city in the heart of the Midwest with her husband. When she’s not writing, Libby loves reading romance novels of any kind. Stories of people falling in love nourish her soul. Contemporary or Regency, sweet or hot, as long as there is a happily ever after—she’s in love!

When not surrounded by books, Libby can be found baking in her kitchen, binging true crime shows, or on the road with her husband, traveling as far as their bank account will allow.

Writing is a solitary job, and Libby loves to hear from readers. Reach out and review her stories anytime. She’d love to hear from you.