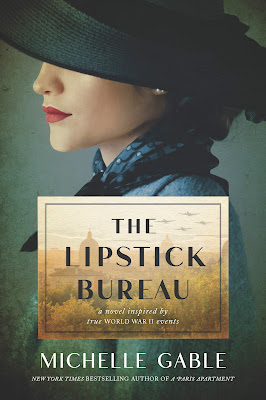 Inspired by one of the OSS’s few female operatives, Barbara Lauwers, a WWII novel set at OSS’s Morale Office in Rome, which was responsible for creating black propaganda and distributing it behind enemy lines. From the New York Times bestselling author of The Bookseller's Secret.

Inspired by a real-life female spy, a WWII-set novel about a woman challenging convention and boundaries to help win a war, no matter the cost.

1944, Rome. Newlywed Niki Novotná is recruited by a new American spy agency to establish a secret branch in Italy's capital. One of the OSS's few female operatives abroad and multilingual, she's tasked with crafting fake stories and distributing propaganda to lower the morale of enemy soldiers.

Despite limited resources, Niki and a scrappy team of artists, forgers and others—now nicknamed The Lipstick Bureau—find success, forming a bond amid the cobblestoned streets and storied villas of the newly liberated city. But her work is also a way to escape devastating truths about the family she left behind in Czechoslovakia and a future with her controlling American husband.

As the war drags on and the pressure intensifies, Niki begins to question the rules she's been instructed to follow, and a colleague unexpectedly captures her heart. But one step out of line, one mistake, could mean life or death…

Momma Says: 4 stars⭐⭐⭐⭐
The Lipstick Bureau is a captivating story inspired by the life of Barbara Lauwers. It's a loose interpretation, but there's no denying that Michelle Gable did her research. Niki is a bit of a rebel, and she breaks more than her fair share of rules. I think that side of her is a big part of what made her so intriguing. A lot of the story takes place in flashbacks, but it's easy to separate past and present (or present for the characters, anyway). I'm not always fond of that style, but it works for this book, and it's easy to follow the timeline. The book is well written, and the characters and their story held my attention from start to finish. If you enjoy WWII era fiction, I'd recommend this one.

Niki’s stomach flip-flops, and there’s a wild fluttering in her chest. You’re fine, she tells herself. In this buzzing, glittering room of some three hundred, she’s unlikely to encounter anyone she knows. Not that she’d recognize them if she did. It’s been almost forty-five years.

“Jeez, what a turnout,” her daughter, Andrea, says as Niki takes several short inhales, trying to wrangle her breath. “Did you know this many people would show up?”

“I had no idea what to expect,” Niki answers, and this much is true. When the invitation arrived three months ago, she’d almost pitched it straight into the trash.

to a Black-Tie Dinner

The Ladies of the O.S.S.

The ladies of the OSS. A deceptively quaint title, like a neighborhood bridge club, or a collection of wives whose given names are not important.

“You should go,” Niki’s husband had said when she showed him the thick, ecru cardstock with its ornate engraving. “Relive your war days.”

“Manfred,” Niki had replied sternly. “Nobody wants to relive those.”

Though he’d convinced Niki to accept the invitation, it hadn’t been the hardest sell. Manfred was ill—dying, in fact, of latestage lung cancer—and Niki figured the tick mark beside “yes” was merely a way to delay a no.

The week before the event, Manfred was weaker than ever, and Niki saw her chance to back out. “I’ll just skip it,” she’d said. “This is for the best. You’d be bored out of your skull, and no one I worked with will even be there!”

“Zuska,” Manfred said, using her old pet name. As always, he’d known what his wife was up to. “I want you to go. Take Andrea. She could use a night out. It’d be like a holiday for her.”

“I don’t know…” Niki demurred. Their daughter did hate to cook, and no doubt longed for a break from her two extremely pert teenagers.

“You can’t refuse,” Manfred said. “What if this ends up qualifying as my dying wish?” It was a joke, but what could Niki possibly say to that?

Now she regrets having shown Manfred the invitation and is discomfited by the scene. Niki feels naked, exposed, as though she’s wearing a transparent blouse instead of a black sparkly top with double shoulder pads.

“Do you think you’ll spot anyone you know?” Andrea asks as they wend their way through the tables, scanning for number eighteen. Every Czech native considers eighteen an auspicious number, so maybe this is a positive sign.

“It’s unlikely,” Niki says. “The dinner is honoring women, and I mostly worked with men.” Most of whom are now dead, she does not add.

Soon enough, mother and daughter find their table, and exchange greetings with the two women already seated. Niki squints at their badges and notes they worked in different theaters of operation. Onstage is a podium, behind it a screen emblazoned with O.S.S. Beneath the letters is a gold spade encircled in black.

“What a beautiful outfit!” says one of their tablemates in a tight Texas twang.

“You’re the prettiest one in the place,” Andrea whispers as they sit.

“What a load of shit,” Niki spits back. In this room, it’s sequins and diamonds and fur for miles. She pats Andrea’s hand. “But thank you for the compliment.” And thank God for Manfred, who’d raised their girl to treat her mother so well.

Manfred. Niki feels a quake somewhere deep. She is losing him. She’s been losing him for a long time, and maybe this is the reason she came tonight. Those three letters on-screen call up—rather, exhume—a swarm of emotions, not all of them good. But they also offer a strange kind of hope, a reminder that Niki’s survived loss before, and this old body of hers has lived more than one life. 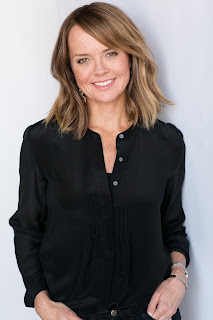 MICHELLE GABLE is the New York Times bestselling author of A Paris Apartment, I'll See You in Paris, The Book of Summer, and The Summer I Met Jack. She attended the College of William & Mary and spent twenty years working in finance before becoming a full-time writer. She grew up in San Diego and lives in Cardiff-by-the-Sea, California. Find her on Instagram, Twitter, or Pinterest, @mgablewriter.