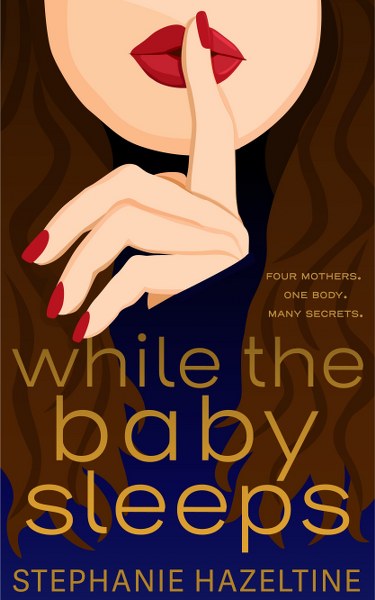 While the Baby Sleeps

Four mothers.
One body.
Many secrets.

Marnie is a first-time mum in a new town, paralysed by anxiety and pushing away her police-officer husband.

Peyton is a teen mum, living with her parents and longing to behave like other teenagers her age.

Fleur looks like the perfect picture of a mum who is coping and loving motherhood, but no one knows that under her beautiful dress, her body is covered in bruises caused by her husband.

Amalia, a single mum, lost her parents in tragic circumstances and will do anything to honour her mother’s dying wish and protect the family she has.

When these women meet at mothers’ group, they bond over feeding schedules and baby products, but when a local is found murdered, they discover it’s not their babies who will tie them to one another forever.

Each woman has a motive to kill and secrets to hide, but do they know who the real enemy is?

I’d only spent a short time learning his routine. I wasn’t even sure what I was hoping to achieve by following him. Maybe just confront him and tell him to leave, but I’d become more desperate. It was a chilly night. A cool change moved in late in the evening and brought with it a downpour of summer rain. I was rugged up from head to toe—black puffer jacket, black beanie and gloves. I blended into the night landscape.

He never saw me coming.

I hadn’t meant for this to happen though. It wasn’t premeditated, as they’d say on the cop shows. But as I followed him, images from my past flashed before me. A calmness took over. I knew what I had to do.

The blow was fast.

He was jogging, like he didn’t have a care in the world. As though he had no idea how many lives he was destroying. So, when he stopped for a moment to check his phone, something in me snapped.

He tapped away at his screen. He couldn’t hear me with those headphones on. Then I lifted the cricket bat and knocked him for six. He fell instantly.

Now, I look down at my gloved, shaking hands, splattered with blood. Lying at my feet is a cricket bat, a fitting weapon. Not planned as such. But the bat was lying on the backseat of the car, and I didn’t feel safe going into the parklands at this hour with nothing at all.

Next to the bat, his unblinking eyes stare up at me. A pool of crimson spreads out from underneath his head and mixes with the puddles of muddy water.

I take a deep breath to calm my shaking body. I look around. It’s hard to see far at this time of night. Only a few distant lampposts cast light on the parklands. I’d be surprised to find anyone else out here at this time or in this weather. There aren’t many people like him who mess with the normality of day and night.

I pick up the bat and leave. There is nothing else that ties me to this incident and the bat will be easy to chop up and add to the Coonara. I take one last look back at the body and then break into a jog.

It’ll be okay, I keep telling myself. 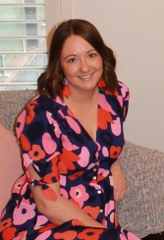 Stephanie Hazeltine is a contemporary fiction author who writes about fearless females as they fall in love, navigate motherhood or tackle mysteries.

She lives in Melbourne, Australia with her husband, two kids and two cavoodles.