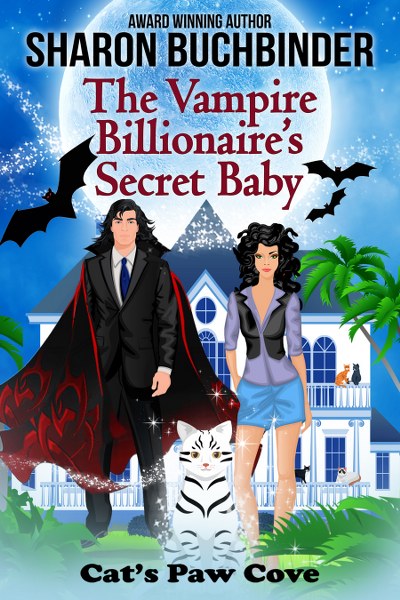 When home organizer and Gorgon, Meddy Stheno, is called in to help a recent arrival to Cat’s Paw Cove tidy up his home, she meets a handsome and frustrated father of a precocious three-year old. Meddy is sworn to secrecy to protect this special child. The boy is unable to control his shapeshifting—but he can go out in the daylight.

Vampire billionaire and casino owner, Quinn Ward, is on the run from someone who wants to extract his dhampir son’s abilities. To protect his child, he must rely on Meddy and the eccentric Supernaturals in Feline Fine Retirement Home. Can he count on them to help overpower the powerful Head of the Vampire House Diablos?

With the fate of his son on the line, Quinn and Meddy must recruit and train a Magical team. Can Quinn overcome his past and let another woman into his life? Will this longshot give them the payout they both need? Or will Meddy and Quinn lose it all in this do or die gamble for love?

Ghost of a Chance Casino and Hotel

He keyed his radio. “We need a female security guard to the coffee shop. Lovely older lady in elegant animal print dress with large matching purse just got a five-finger discount on a set of our vintage salt and pepper shakers.”

A woman snorted. “Again? She must be selling them on the Internet.”

“See what else she has in that bag.”

In the next row of tables in the coffee shop, a drunk vomited and passed out on the floor. “Also, clean up on aisle five.”

“Steve, it’s your job to clean up the messes,” Quinn said. “You’re a janitor. A well-paid one. You guys beg to take turns at cleaning the restrooms.”

“For the chips, boss, remember? People drop them on the floor and hand us chips. It’s a good location.”

“Well, for every good location, there’s a bad one. Luck of the draw.”

Quinn keyed off the mike. Steve the Slacker raked in good bucks here. He could pitch in more.

A ghost wearing a black skirt, white blouse, and a black jacket with the casino’s logo from the fifties apparated between him and the monitors. “Hi, Quinn.”

“I have a bad feeling about the doorman. Check the lifts.”

At the elevators, a female security guard stepped in front of two people headed to the hotel rooms. The thirty-something, well-dressed man puffed up his chest and gesticulated, a large diamond on his pinky catching the light. Next to him, a dark-haired, overly rouged teenager swayed on impossibly high heels. Clad in a tube top, a mini skirt, fishnet stockings, and huge hoop earrings, the girl looked as if she belonged at home watching cartoons, not standing in a casino lobby.

A former law enforcement officer waved over a colleague to assist her with detaining the couple. Mr. Pinky Ring must be a stranger to the Strip. Everyone in Vegas knew the Ghost of a Chance was off limits to drugs, guns, and sex trafficking.

He picked up his cell phone. “Joey, send me the CCTV for the front door for the last two hours. Put it on monitor six.”

There stood Brad in his epauleted finery; six-foot, three-inches tall; a former boxer with the muscle still intact. Mr. Pinky Ring appeared, and Brad put an open palm behind his back. Mr. Pinky Ring placed a wad of bills in the landing pad.

Keeping the incident off the airwaves, Quinn’s next call was to the head of security. “Paul, we have a Family Member in violation of our Code of Conduct. Please detain Brad and put another man at the door.”

Quinn nodded at Penny. “Thanks, I owe you—again.”

“It’s my job. I love watching over the old place. This is better than when we had catwalks and watched the players through one-way glass. Glad you took those out.”

Her ethereal blond hair floated in a nimbus around her head. “It’s okay. I still can’t remember anything but thinking ‘Oh, horsefeathers!’ and then everything went black.”

“I wish I could help. When this place went up for auction, despite the fire damage, I couldn’t resist buying it. When I inspected it to see what needed to be fixed, I never expected to find your body hidden in the ceiling. That was a shock.”

She laughed. “For both of us. No one had seen me in over half a century. When you looked at me—really looked at me—and asked me who I was? I almost fainted.”

He chuckled. “Thanks to my family’s history of Celtic seers, it wasn’t quite so hard on me, but you still surprised me. Your devotion and loyalty to this place are unlike anyone else’s. You keep on working, like that bunny in the ads on TV.”

She stretched and yawned. “I don’t need as much rest as I did when I was alive, but I still require downtime. Ciao, baby. Glad your real girlfriend isn’t the jealous type.” Penny blew him a kiss and winked out.

He shook his head. Never a dull day. Who would have thought a poor kid from the West Virginia coal country would wind up owning his own business—much less a successful casino—and having a beautiful woman at his side, too? 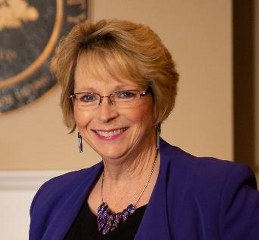 Sharon Buchbinder has been writing fiction since middle school and has the rejection slips to prove it. An RN, she provided health care delivery, became a researcher, association executive, and obtained a PhD in Public Health. She is the author of the Hotel LaBelle Series, the Jinni Hunter Series, and the Obsession Series. When not attempting to make students and colleagues laugh or writing, she can be found walking her dogs, herding cats, or breaking bread and laughing with family and friends.