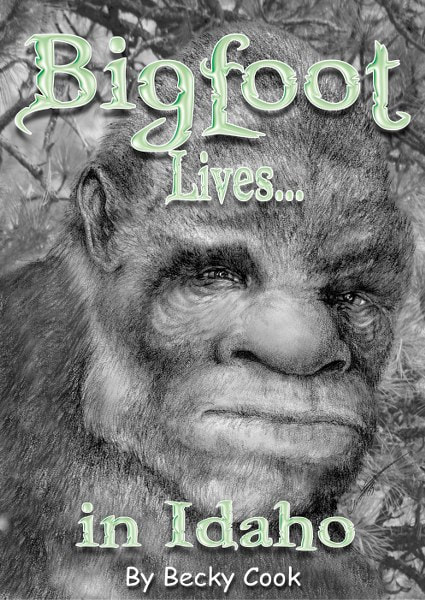 It’s late at night and you are sitting around a campfire when someone starts telling yet another Bigfoot story.

You ask yourself – are they really real?

If you have ever wondered if Bigfoot exists, this is the book to read to find out. He not only exists, he lives and thrives here in Idaho.

This book captures a cross section of stories from across the state. They tell the tale of sightings – the smell, the size, where they were and how it happened.

"… he was easily seven and a half feet tall and roughly 800 pounds of muscles and hair – not any fat on him. It had both dark hair and dark eyes and it was obviously a male. It seemed unconcerned … "
“If he wanted to he could have ripped me in half,”

So what really happened? Are they really real?

Read the book and decide yourself.

Dave Higley has had not one, but two, encounters with Bigfoot. He said that back in 1978 he was hunting up in the mountains between Idaho and Wyoming in an area called Bloody Bucket. About four in the afternoon on a fall day he was coming down the mountain after hunting elk when he came around a bend and within twenty feet of a Bigfoot and had a face-to-face encounter.

He said that they were both startled, but he didn’t get scared. He had all his firearms with him but didn’t feel threatened in any way and the Bigfoot took a good, long look at him then slowly meandered off up the hill. At their closest they were only 20 feet apart and Higley got a good look at him. He said he was easily seven and a half feet tall and roughly 800 pounds of muscles and hair – not any fat on him. It had both dark hair and dark eyes and it was obviously a male. It seemed unconcerned to have the encounter. Higley said that he just left the area and walked back down to his own truck with a feeling that was slightly surreal- as though that encounter just clarified to him, “Wow, they really are real!”

He said that had the Bigfoot wanted to hurt him he surely could have – he was big enough and looked strong enough to do a lot of damage.

“If he wanted to he could have ripped me in half,” Higley said.

Later he was kicking himself for not going back to take pictures or castings of the footprints because they were both standing in about two inches of dust along the roadway.

“Hind sight is a wonderful thing,” he said.

But one thing changed – he made it a point to take a camera with him each and every time he went into the woods. 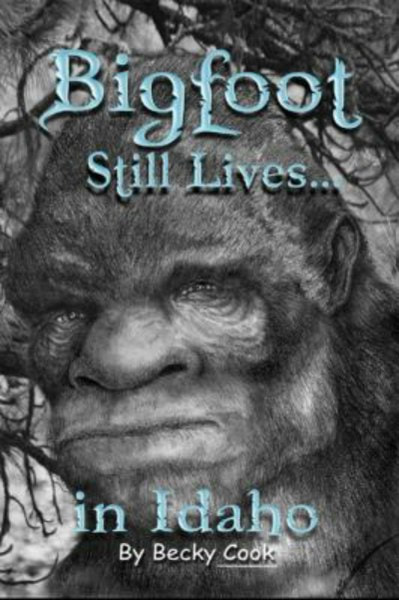 Bigfoot Still Lives in Idaho is a compilation of eye witness stories from people just like you who have seen Bigfoot here in Idaho. They describe the terrain, the sounds, the smells, and the circumstances. Whether you believe in Bigfoot or not, this book will have you at least open to the option of their existence.

She said her cousin put her foot down on the gas and they just belted around the sheep camp and took the turn that would return them back down the road home. Just as they rounded the sheep camp they both saw a tall, white Bigfoot standing pressed against the end of the hay stack.

“He was almost as tall as the hay stack – about eight or nine feet tall. He had long hair all over his body but not as much on his face or across his chest as you could see his chest through his hair ,” she said. “He didn’t seem to be old but his hair was white with a yellow shine to it. He had dark hands, and it was definitely a male judging from the way his chest looked.”

He had long arms, longer than what a man would have, she said, and appeared startled and scared at the same time.

“He didn’t have an ape like head – it was taller and more square than an ape’s head,” she said. “More like what Chewbacca looks like in Star Wars than the Bigfoot in the Patterson Gimlin film.”

It was one of those moments when the memory exists as though captured in a frozen moment in time.

“We were moving past him and back down the road when I turned to my cousin and said, ‘Did you see that?’ We both looked back but by then he must have run behind the haystack because we couldn’t see him anymore.” 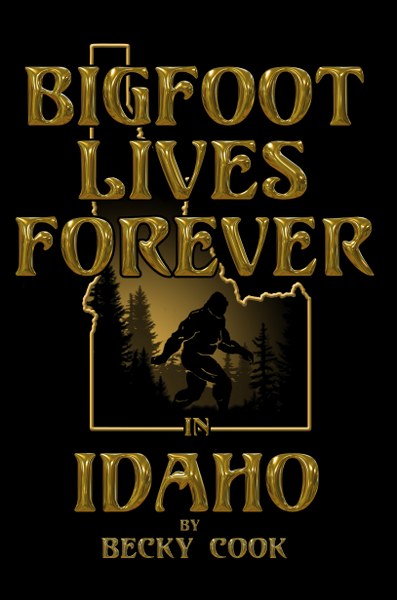 All of us have had moments where life is suspended in time, when life seems frozen in an amazing snap shot. Occasionally we pull that experience out from the recesses of our mind - to look at it, to savor it, and to experience it again. It is at times like these when you wonder if you really saw what you think you just saw, like those times where you just can’t quite believe your eyes – like say, when you saw your first Bigfoot.

“It was bigger than anything I have ever seen – really tall and furry from head to toe! It was just so surprising – I didn’t expect to run into anything on a trip to the bathroom.”

“They are smart, and they can sit still for a really long time. Besides, they have the whole forest to hide in; no wonder people don’t see them real often.”

“I didn’t believe in Bigfoot, I thought it was a hoax. Now I believe it and I look at every bear track differently. I know they are up there. It’s one thing to think you see it and it’s another thing entirely to have one scare you half to death! Why lie when the truth is so much more amazing?”

Read along as more stories are told of the amazing Bigfoot who have been seen right here in Idaho – some of them near your own home.

Heidi Turner grew up in the Island Park area and she is very familiar with the roads, buildings, and mountains around there. She said that the night she saw the Bigfoot she was heading home from a late night hanging out with her friends. It was 1997 in the summertime, either June or July. It was late, almost midnight, and she was driving home on autopilot on the dirt road just north of Mack’s Inn. She came to the T in the road and stopped and just then a Bigfoot ran across the road in front of her car.

“I was completely stopped and he just went across the road directly in front of my car, less than three feet away!” she said. “It shocked me. I sat there and locked all the doors and then slowly drove home.”

She said that it was such a shock to her senses that she kept asking herself “What just happened?” She said that he had to have noticed her, he had to have been aware that she was sitting there in her car – there is just no other possibility. But as to why he chose to cross the road just then we will likely never know, it might be likened to why the chicken crossed the road. 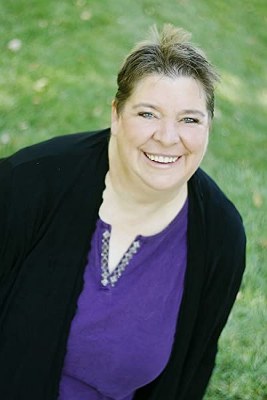 Becky Cook is an award winning author and speaker. She has entertained many groups - large and small - and never seems to have trouble holding the interest of those in the audience.