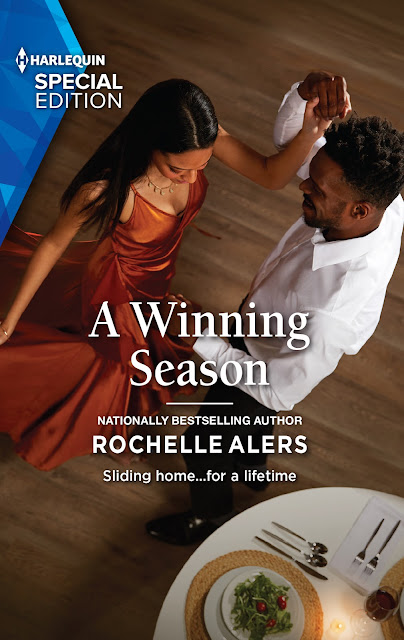 Sliding home…for a lifetime.
The girl next door…or a grand slam love?

Baseball ace Sutton Reed’s returned home triumphant after years in the majors. When he moves next door to a troubled young man, he’s determined to help—for the boy’s sake and for the boy’s gorgeous older sister, Zoey Allen. After sacrificing everything to keep her family together, Zoey has no time for romance…even with a hometown hero. But will this unlikely combo be the home run love story they all deserve?

Momma Says: 4 stars⭐⭐⭐⭐
A Winning Season is book ten in the Wickham Falls Weddings series by Rochelle Alers, who is a Nationally Bestselling Author, and I can see why. This book has an excellent romance story with a small town, the girl next door, a bit of sports, and it works perfectly well as a standalone. Sutton and Zoey are an easy couple to root for. They're likable, they have good chemistry, and they just fit together. The romance happens organically without it feeling like the author is forcing it along to its expected conclusion, and the whole story kept me engaged from start to finish. I may be new to this series, but I definitely intend to get acquainted with the earlier books very soon. 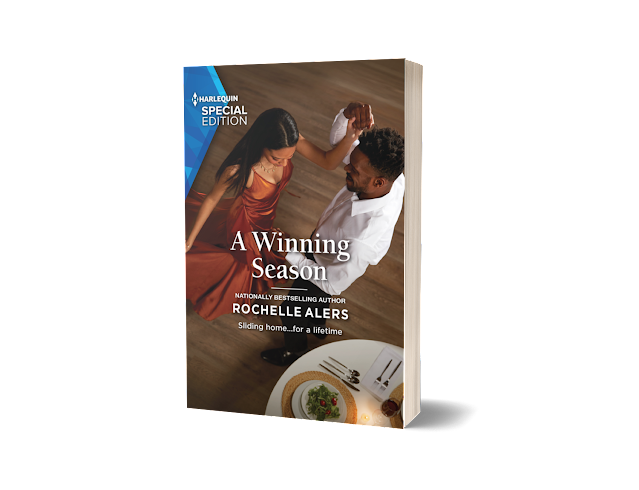 Sutton gave Zoey her mug, noticing her hand had trembled slightly when their fingers touched. “Are you all right?”

He wanted to believe Zoey was all right but the rigidness in her body said otherwise. He stood and moved to a nearby chair. “I’m sorry if I invaded your personal space.”

She lowered her eyes, staring into the contents of her mug. “It’s okay.”

Sutton drank his coffee, staring at Zoey over the rim. He was perceptive enough to know she had been completely at ease with him the day before, but this morning her body language said otherwise, and he wondered what he’d said or done to make her uneasy.

Suddenly it occurred to Sutton that he may have made a faux pas when he had referred to Zoey as pretty lady, especially when he did not know whether she was involved with someone. “I’m sorry, Zoey.”

She halted putting the mug to her mouth. “For what?”

“For making you uncomfortable because I called you pretty lady. Hell, I don’t even know if you’re involved with someone.”

Zoey swallowed a mouthful of coffee. The corners of her eyes crinkled when she smiled. “I really have to give it to you, Sutton Reed.”

A slight frown marred his natural good looks. “What are you talking about?”

“You did not make me uncomfortable, and if you wanted to know if I’m involved with someone, then all you had to do was ask.”

A hint of a smile replaced his frown. “Are you?” The seconds ticked as she met his eyes. “No. And I can’t afford to because of a promise I made to Kyle and Harper when they were little boys. I told them it would be just the three of us until they were old enough to take care of themselves.”

Sutton set his mug on a side table. “I can under-stand you  that promise when they were boys, but I doubt if Harper would hold it against you if you decided to start dating.”

“Right now, Harper has no say in how I live my life.”

“Is he giving you a problem?”

Zoey went completely still. “Why would you ask me that?”

“I was sitting out on the porch when he came home last night. Someone had dropped him off and I noticed he was a little unsteady on his feet.”

If Sutton saw Harper coming home obviously under the influence, then Zoey wondered how many of her other neighbors had also witnessed it. Zoey did not want or need people gossiping about the Allen boy drinking or possibly drugging. She had managed to raise Kyle to adulthood without an incident, but life was testing her because Harper had decided he wasn’t going to make it that easy for her.

“I don’t know you and you don’t know me, Sut-ton, and there’s no way I’m going to dump on you about my problems.”

Sutton angled his head, giving her a long stare. “You’ve lived in the Falls all your life and you should know that folks here always look out for one another. Those who have more than they need always share with those who don’t have enough. And it’s not al-ways about money.”

Zoey knew he was right. The people in the town had been more than generous when tragedy struck her family. Even now some folks still asked if she needed anything. She nodded. “You’re right. I give thanks every day that I live here and not somewhere else, because without the help of Preston McAvoy, the chamber of commerce and the worshippers at the church, I wouldn’t be sitting here talking to you.”

The local law firm had handled her legal prob-lems; local contractors had volunteered their services to make certain the house was free of violations; a company selling and installing gas heaters set up an installment plan for her to pay off the cost of the unit over three years.

“So once Harper graduates you plan to stay here?” Sutton asked.

Zoey smiled. “Where would I go?”

He shrugged broad shoulders under his tee. “I don’t know. Maybe you’d prefer someplace that has a little more excitement.”

She took another sip of the delicious brew. Sutton had made the coffee exactly how she liked it. “The Falls has enough excitement for the four thousand-plus folks who live here. Someone had submitted a proposal to the town council to open a club and it was unanimously voted down. What we don’t need is a club with people getting drunk and acting like fools. The town council in Mineral Springs has closed two clubs in the past four years because of fights and rowdiness.”

“The Springs has almost twice our population, so there’s bound to be a few more incidents than we have here.”

“Speaking of excitement, why did you decide to move back here after spending half your life in Hot-lanta?” Zoey had asked the question that had plagued her since hearing word that Sutton Reed was moving back to Wickham Falls.

Sutton closed his eyes for several seconds. “I never really got used to living in a big city. The crowds and noise didn’t upset me whenever I was at the stadium, but once the game was over all I wanted was some-place quiet where I could decompress.”

“Whenever you were interviewed you seemed so confident, so in control of yourself.”

“That was all an act, Zoey. I’d learned early on to switch it on for the cameras and microphones. There was one Sutton for the sports reporters and another Sutton when he was home behind closed doors.” 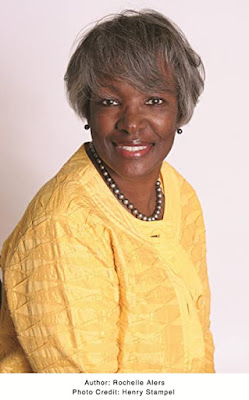 Hailed by readers and booksellers alike as one of today's most popular African-American authors of women's fiction, Ms. Alers is a regular on bestsellers list, and has been a recipient of numerous awards, including the Vivian Stephens Award for Excellence in Romance Writing and a Zora Neale Hurston Literary Award. Visit her Web site www.rochellealers.com