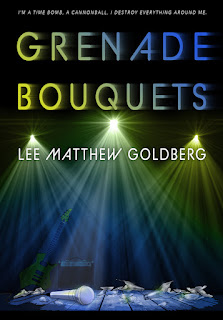 Grenade Bouquets
Runaway Train
Book Two
Lee Matthew Goldberg
Genre: Young Adult
Publisher: Wise Wolf Books
Date of Publication: August 5, 2021
ISBN: 978-1953944078
ASIN: B093G4T9PL
Number of pages: 286
Word Count: 70,000
Tagline: “I’m a time bomb, a cannonball, I destroy everything around me.”
Book Description:
I had stars in my eyes and I couldn't see around them...
The year is 1995 and my parents have finally allowed me to take the summer to tour in a VW van across the country with my boyfriend Evan and our band. Yes, my dream to be a singer became reality. Even with Clarissa, Evan's jealous ex-girlfriend, as the lead singer, it's my presence on stage that led us to a major record deal. There are moments you'll always remember in life, but I can't imagine anything more cool than hearing your song on the radio for the first time.
But being a Rockstar isn't as easy as it sounds. Using alcohol and drugs as coping mechanisms, nothing but tension surrounded me, hurting my still blossoming relationship, and continued grieving over my sister's death.
A love letter to the nineties and a journey of a girl becoming a woman, Grenade Bouquets charts the rollercoaster ride of a band primed to explode on the scene, as long as they keep from actually exploding.
Amazon

I’m barefoot on a roof deck, maybe it’s my own, I dunno. Life has been a series of tour buses and motels recently, but I think this is that place the band rented down on the Lower East Side. Everyone hates me and I’m left alone in a huge railroad apartment with a fire escape that twists up to a roof and barely any railing to keep me safe. I have a joint in one hand that’s surprisingly still lit in the rain and a trusty bottle of Absolut Citron in the other. I’m wearing a baby doll pale blue dress, the one I rocked during the Grenade Bouquets set when the A&R manager said he was gonna make us stars. I once heard that when you’re looking at stars in the sky, you’re already looking at the past and they’re already dead. I’m seventeen and I can completely relate.

I’m over myself and have been looking into the past so much, I might as well be dead.

I chug from the bottle, the excess liquid spilling down my cheeks like hot tears. What lands in my throat, burns and my eye twitches...I’m so bombed. My makeup has run all over my face and made me into a clown. I pity whoever will find my ghastly remains. I bring the joint to my lips and suck as the cherry flares, the smoke streaming through my nostrils. I’m a dragon in pursuit. Three stories down below, a sea of umbrellas await. I think of Kristen.

Her spirit no longer visits and I understand. She has better things to do than deal with the living. My sister has been gone now for over a year, and sometimes I forget the sound of her voice. I wake up in the middle of the night frantic that I’ve lost it, and then a glimmer reappears—a whisper in her high pitch calling me back to sleep, aware of how my insomnia can plague me. She would be so proud of my success as a singer and for me to live my dream, not realizing that it was killing me as well. I don’t remember the last time I went to bed sober. I feel distant from everyone I used to care about. Evan can’t even look at me anymore. I’m Nico the Beast, a whirlwind intent to destroy.

If you heard me on the radio, you’d be jealous. I’m that girl you wish you could be. My song like a spit in the face, a baby Courtney Love with scabbed knees, dark red lipstick, hair
dyed so much it’s fried, a scowl for a smile. And then in the next song, I’m scrubbed clean, my dress full of flowers rather than ripped, my bruises bandaged, my makeup a light touch rather than an onslaught, singing about love and hope and everything that grunge is not. Because grunge is dying. Kurt Cobain solidified its end and the record companies can smell it. A future of sugary happy pop awaits. What will they do with me, with any of us? We’re already that dying star. Might as well help give them a push.

The rain has risen in tempo, a drumbeat on my skull. The joint has gone out and I toss it into the crowd. It disappears into the ether, like I will soon. I picture my obituary, the phrase ‘One Hit Wonder’ highlighted. All I’ll ever be. But I don’t have any more songs in me. My quill is broken, my heart has followed—I’m sick of myself.

I raise my arms like Brandon Lee in The Crow. Evan and I saw that at the Angelika, an artsy movie theater down on Houston St., which I mispronounced like it was the city Houston. We toured Manhattan that day, the first time either of us had been: hand in hand through The Met and wandering down paths in Central Park, sneaking through the Plaza and pretending I was Eloise, hot chocolates at a place called Serendipity, his blue eyes never letting me out of his sight. I never imagined I could be so in love. Only a short time ago but might as well be a lifetime, those blues will never look at me in the same way again. I’m tarnished, I’m filth. I heard a song called “Only Happy When It Rains,” and it couldn’t be truer. Miserable people feed off misery and that’s all I have to give.

I wonder what my mom and dad will say when they have to identify my body. They’ve both found new lives with new loves that will be a shoulder for them. Maybe they’ll be relieved.

Back home, my friend Winter has her own shit to deal with and brought Jeremy into her drama, so they’ll mourn but are preoccupied enough to only think of me in passing. I know that’s what they do now. They are still in high school and I’ve dropped out, promising my folks I’d get my GED, but I never did. And high school seems so pointless and far away. I’ve lived in the real world. I’ve skipped down New York City streets with crack vials crunching under my feet. Out of spite I’ve let a man inside of me whose name I didn’t even know. I’ve crowd surfed over a hundred bodies chanting my name. I thought I was in love and never want the pain of it ending ever again. I’d rather be numb. I’d rather be gone.

My feet are cold against the tar of the roof, the toenail polish chipped and starting to fade. I give another swig until the bottle is empty. I aim to launch it into the sky, not caring who I’d hit down below. I climb onto the edge, wobbling, teeth chattering, knees knocking, singing a Matthew Sweet song to the world, to this dark city where I never belonged, so far from a home. “But I’m sick of myself when I look at you, something is beautiful and true. World that’s ugly and a lie, it’s hard to even want to try.”

My vocal chords are raw from the vodka and pot, my tears make everything blurry. I go to pitch the bottle and my foot slips from a slick of water. I lose my heart as it leaps out of my throat and I think I’ve gone over the edge, plummeting headfirst to my death. But I fall backwards, smacking my head on the tar. The grey clouds above go in and out of focus until they disappear entirely. My eyes have shut but I can see the night sky, and one little star, so dead but so bright, guiding me not to slip into unconsciousness, praying for my survival. Like a diamond it glows brighter, and I think that maybe it’s Kristen’s eye, somewhere up in heaven, winking at me to stay on Earth for a little longer because I haven’t finished all I intended to do, as the rain washes me pure, its drumbeat now playing Letters to Cleo’s beautiful, simmering song, “Here and Now,” while I travel back to what led me to become these twisted remains once called a girl. 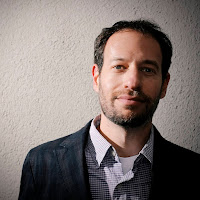 About the Author:
Lee Matthew Goldberg is the author of seven novels including THE ANCESTOR and THE MENTOR, currently in development as a film off his original script, and the YA series RUNAWAY TRAIN. He has been published in multiple languages and nominated for the Prix du Polar. After graduating with an MFA from the New School, his writing has also appeared in The Millions, Vol. 1 Brooklyn, LitReactor, Monkeybicycle, Fiction Writers Review, Cagibi, Necessary Fiction, Hypertext, the anthology Dirty Boulevard, The Montreal Review, The Adirondack Review, The New Plains Review, Underwood Press and others. His pilots and screenplays have been finalists in Script Pipeline, Book Pipeline, Stage 32, We Screenplay, the New York Screenplay, Screencraft, and the Hollywood Screenplay contests. He is the co-curator of The Guerrilla Lit Reading Series and lives in New York City.
Follow him at:
http://leematthewgoldberg.com/
https://www.facebook.com/leemgol
https://twitter.com/LeeMatthewG
https://www.instagram.com/leematthewgoldberg/
https://www.linkedin.com/in/lee-matthew-goldberg-558758178/
https://www.goodreads.com/book/show/56045373-grenade-bouquets 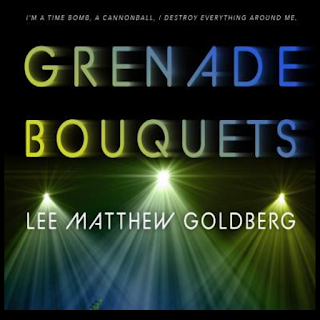 a Rafflecopter giveaway
at September 13, 2021