The Ruins Blitz and Giveaway 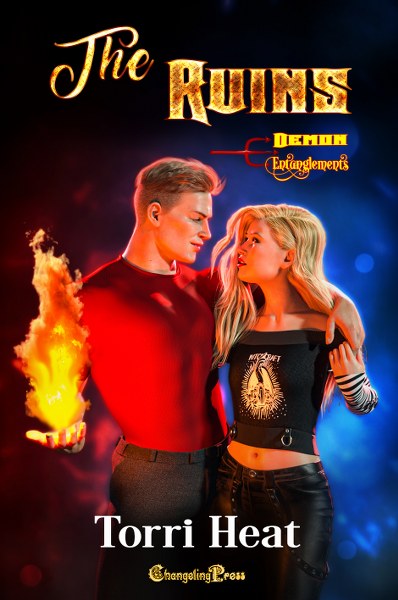 Joelle’s a mess. Nightmares about the end of the world keep her up at night, and lack of sleep has her losing job after job.

The only consistency to these dreams is the man she calls “The Watcher.” After another night of frustration, The Watcher arrives at her door, in the flesh. Luc, a demon Mare, is the source of all her problems.

Could he also be her salvation?

Praise for The Ruins (Demon Entanglements)

I woke up from the dream that’s been plaguing me for months. The one where the world was burning. I watched the town I had grown up in crumble to dust around me, and the taste of death was thick in my mouth. People turned to ash as I reached out to save them and blew into the wind as if their bodies had never existed. As hard as I tried, I could never save them. Nothing I did made a difference. I would look for water, but a small bucketful seemed pitiful against the raging flames. I would offer myself up to some unseen god, hoping my sacrifice might save another. But as in most dreams, I was powerless.

Sometimes I doubted if these visions were dreams at all. When I woke up in the dead of night, damp with sweat and out of breath, I swore I could see the golden tones of a blaze outside my window. I would have put money on the fact I could feel the heat licking my face, gentle as a lover’s touch. The world I was seeing in front of me felt so real -- so condemning. Less like a dream, and more like a warning.

But no matter what I did, as hard as I tried, the end was always the same. The small town burned to nothing, and the people disappeared. The same disaster, night after night. The only other constant was the man in my dreams. The one who stood on the other side of the flames, always staring at me. Watching carefully. But his perfect lips never uttered a word of advice, and he never moved his rugged hands to offer help. He seemed to exist outside of whatever was happening in my dreams, this figment of my imagination. He never burned, and I never got close enough to see if he would turn to ash with my touch. He just watched.

That’s what I called him when I described him to my therapist -- the watcher. Overseeing me, my dreams, my nightmares, my failures. Handsome, but the kind of beautiful that could cut you like a knife. Like an artist forgot to soften the edges. Messy blond hair ruffled in the winds of the world burning around us. His dark, foreboding eyes felt like they were staring into my soul and evaluating every decision I made. The watcher was tall, and a formidable sight amongst the destruction. But I couldn’t figure out if he was watching me try to save the world, or watching me as I destroyed it.

He was the only person in my dreams I didn’t know, which made him stand out. I convinced myself it wasn’t his haunting beauty drawing me back time and time again. And like every other night, the watcher had been there. Watching as I tried to save a childhood friend, and the plump owner of the bakery down the road from my small apartment. What woke me up wasn’t the warmth of the flames that lingered in my memory. It was the slight downturn of his full lips as I screamed in frustration when everyone crumbled in my hands yet again. He never had any expression on his face before. But tonight was different. Tonight, the watcher had frowned.

I sighed heavily and rolled over in my bed to switch on my bedside lamp, illuminating the room in a gentle light. I scrubbed my hands over my face, trying to remember if anything else had been different. If there was anything else I needed to write down for Dr. Tanya.

“Once you start to notice the differences in each dream, you’ll be able to take the control back,” she had told me at my last appointment. I wasn’t sure. Control was currently a limited commodity in my life. I swung my legs out of bed, watching the blinking clock on my table flash a time way too early to be awake. I flipped on lights as I made my way into the kitchen, pouring an ice-cold glass of water and forcing myself to drink the whole thing before I let the thoughts overwhelm me. The anxieties. The need to do more. I slammed the glass down next to a stack of bills, all angrily stamped with “Final Warning” in a shade of red that hurt my eyes.

This was what my life had come to. I had wanted more. Wanted adventure, to feel alive. 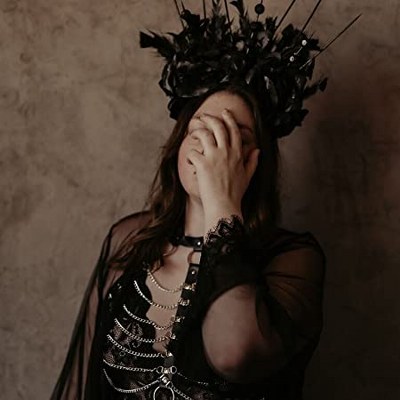 Torri Heat has always loved control. Her mind was blown when she discovered she could control entire worlds through story writing. Throw some steamy romance in there, and it was pretty close to perfection. Torri loves dark heroes who ride off into the sunset on their motorcycles, fierce heroines who can fend for themselves, and a sprinkle of the paranormal to keep things interesting. When she's not creating alternate realities you can find her managing her three ring circus of kids and animals.