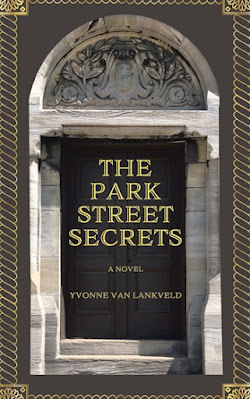 A historic government office and police station in Niagara Falls, Ontario is redeveloped into seven condominiums. Some new residents have ties to its cultural heritage, while others bring secrets to keep there.

Siblings Lily and Rose must cohabit for one year or lose their inheritance, despite their animosity toward each other. Gracie Sheehan is determined to make a fresh start after many unexpected events force her to question her values and life goals. Young lovers move down the hall from a self-serving customs broker who always gets whom and what he wants.

Mix these unique characters with a medley of others, add a building manager with secrets of his own, and discover how Park Street becomes a chaotic blend of love, betrayal and the need for human connection.

“Children begin by loving their parents.

As they grow older, they judge them. Sometimes, they forgive them.”

Lily reverted to the routine she and Rosie kept before their move to Park Street. Rosie was promoted three years ago at the hotel. Managing people is what she did best, with the exception of Lily, who was certain Rosie worked the afternoon shift just to avoid her. Lily woke early and retired to her bedroom before Rosie got home, and she was often gone before Rosie got up mid-morning. They rarely shared a meal, which Lily assumed suited them both. It was baffling that these siblings were created by the same parents. In childhood, Rosie was the peacekeeper while Lily sought out reasons to create havoc. Rosie earned the “favourite daughter” status early, even though their parents gave them love, attention and material things equally. Rosie earned praise for good grades and helping the needy while Lily did the opposite. Rosie attended the local university and earned privileged access to the second family car. When Lily was home from school, she monopolized the car and left Rosie to clean up after her. Conflict between siblings was as routine as night followed day.

Just one more year until I can unlatch myself from Rosie, Lily thought today. She opened the first box of her mother’s things, which still smelled of fried egg sandwiches and cigarettes. 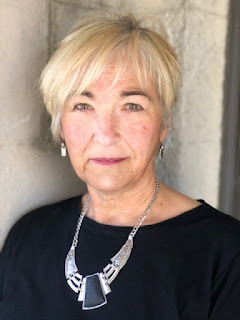 Yvonne Van Lankveld's love of words began in childhood. As a nurse, her writing skills earned her acclaim in many clinical settings, however she never lost her desire to become an author.

The Park Street Secrets is her second novel, which she wrote during the pandemic. Her first book, The Road to Alright was originally published in 2019. She is working on her third fiction novel, Follow Polly's Lane. Yvonne lives in Ridgeville, Ontario with her husband.

Yvonne Van Lankveld will be awarding a $15 Amazon or B/N GC to a randomly drawn winner via rafflecopter during the tour.

a Rafflecopter giveaway
at November 28, 2022